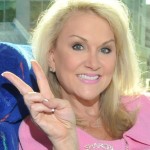 Sharon Pearce wants to represent House District 81 (Davidson County-centered) in the North Carolina House.  She touts her experience, which includes a long career in health care, heading a health care professional organization, and lobbying for said organization. It appears that the organization she headed played a role in defeating a key Republican member of the House in 2014.

Tom Murry was a representative for part of Wake County from 2010 until 2015.  He is a former Morrisville town councilman who headed a  health care related non-profit.  Murry was a member of the House’s Health and Human Services committee — which Pearce and her group would have had some interest in.

Pearce, according to her web site, was president of the NC Association of Nurse Anesthetists for 2014 and 2015.  Murry was up for reelection in November 2014.  As you can see from the above graphic, Pearce and her group gave Murry, the Republican incumbent in a GOP-dominated House, $500 while

they gave his Democrat challenger Gale Adcock, $7000.  When the smoke cleared on election eve, Adcock had knocked off Murry.  That was one of the few bright spots for North Carolina Democrats that night.

Adcock was not a William Brisson Democrat.  She was a make-Bernie-Sanders-wet-himself-liberal-Democrat who was endorsed by The Sierra Club AND Emily’s List (which proudly touts its efforts at electing lesbian, bisexual, transgender and pro-choice Democrat women.)

Fast forward to 2016.  Adcock, a Democrat incumbent, is returning Pearce’s favor by donating $500 to Pearce’s campaign in the district 81 primary.   So, Davidson County Republicans, one of your three choices for North Carolina House district 81 — Mrs. Pearce — is an influence peddler who aided and abetted a Democrat’s defeat of a Republican serving in the very chamber she’s trying to join. And said Democrat is helping to fund Mrs. Pearce this year.  That’s certainly something to chew on as we head toward November.

Stories keep coming over the transom about influence-peddling, pay-to-play, self-serving and other assorted dirty deals.  Do we REALLY need to add ONE MORE player to those shenanigans?