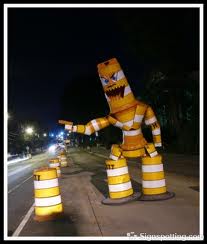 In this age of dwindling tax revenue and budgets drowning in red ink, I have a few questions for the new conservative majority in the legislature.

Why are we still funding a Human Relations Commission?  There are paid full time employees on this commission who also get office space.  The commission’s official job description is to organize MLK Day celebrations in North Carolina and foster racial harmony.  Really?  Seriously? Government has a plan to help us all get along?  Why does this need to be a state-subsidized operation?  Are you all scared of being called ‘racist’ if you cut this funding?

Legislators need to look long and hard at all of the state boards, too.  These boards have been a popular dumping ground to pay back top donors to the governor and his/her party.

A Wilmington businessman who — with his son —  owned a construction company specializing in industrial construction, and also was a big donor to Mike Easley, got a seat on The Department of Commerce’s economic development board — and access to a lot of advance warning / inside information about industries looking to locate (build) in North Carolina.

A Bladen County businessman who owned a chain of gas stations and an oil company, and also donated a lot to Mike Easley, got a seat on the state Department of Transportation board.  This businessman, and his family, got caught up in the political corruption scandal that ate up Easley shortly after his departure from office.

The Fayetteville Observer had an item today about former Cumberland district attorney Ed Grannis being named by Boss Bev to the state DOT board.  Mr. Grannis is a nice man and a fine person, but what professional expertise does he bring to that post?

(Probably about as much as nursing home chain owner David Green of Robeson County brought during his tenure on the board.)

What value does this board bring to the operations of the department?

The DOT board approves construction contracts and helps set DOT priorities.  That sounds a lot like what the professional staff at the DOT is supposed to be doing.  Putting politically-active individuals, comfortable with the wheeling-and-dealing associated with politics, in positions like that is only asking for trouble.  A desire to wheel-and-deal with cronies can often conflict with doing WHAT’S BEST for the state and its people.

The DOT board has supplied more than its fair share of the cast of characters in recent political scandals in Raleigh.  On the face of it, the board appears to be redundant, a waste of taxpayer money, a taxpayer-funded method for tossing a bone to the governor’s top fundraisers, and an invitation to partake in political corruption.

This is not about one person, or a certain group of people. Mr. Grannis is a fine person with the highest level of integrity.

The DOT board, like a lot of other state boards, puts political operatives in positions to wheel-and-deal with taxpayer funds and potentially get into unethical situations.

We elect a governor to oversee the bureaucracy. He/she appoints a department secretary and his/her senior staff to oversee operations there.  Why do we need these boards packed with political cronies?