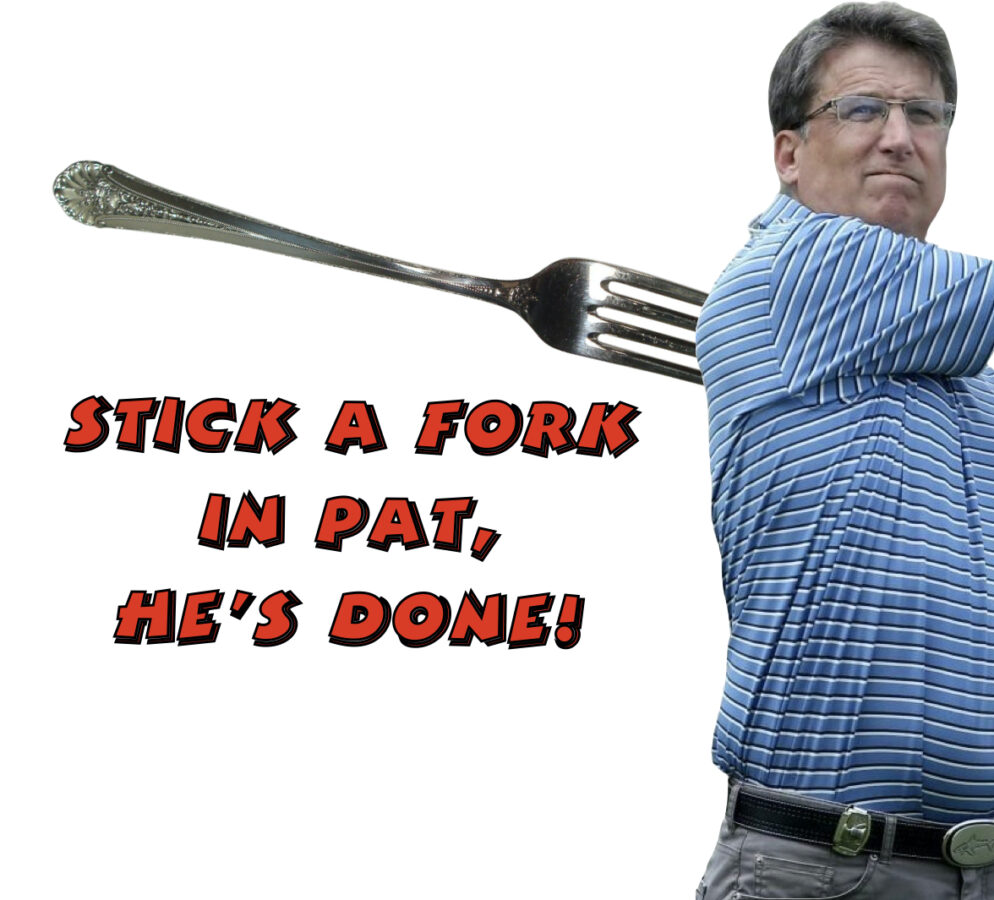 Have you had enough of “moderate” Republicans trashing those of us who actually stand by the party platform as “unelectable” ?

We bring this up as former Gov. (and current Senate candidate) Pat McCrory is foaming at the mouth, proclaiming he and his ilk are “more electable” than us conservative types.

Well, a poll released last week by The Hill provides some pretty killer ammo to use in this debate against these weak sister pansy Republicans.  The poll showed congressman Ted Budd (R) leading McCrory 38-22.   The Budd campaign hailed the 16-point showing.  The media focused on the 16-point showing.  But the real news was in the hypothetical matchups for November that were included in the poll’s cross-tabs.

Budd, if he would be the GOP nominee in November, would defeat likely Democrat nominee Cheri Beasley 50-43.  Former congressman Mark Walker(R), if he were to make it to November, leads Beasley 47-42.  Marjorie Eastman, if she were to survive the primary and move on to November, was shown tying Beasley 44-44.  Meanwhile,  the poll projected McCrory losing — that’s right,  LOSING — to Beasley 43-41.

So, Pat is the ONLY one using the “extremist argument” and touting a moderate stance.  And he’s losing.

Let’s look at another interesting finding regarding the undecideds in each matchup.  The whole GOP primary field has a 23 percent undecided vote. The poll did not identify Budd to respondents as the Trump-endorsed candidate. (Still, Budd polled at 38 percent — more than enough to win outright.)  If it had, Budd would likely hold a much bigger lead in the primary field.

THAT is an astounding number since McCrory easily has the highest name recognition of any candidate on the ballot.  So what does it mean?

It means that many voters in this poll would vote for a Republican candidate they don’t even know (Eastman) but would consider voting for the Democrat over McCrory, who they all know.  That is a gut-punch for Team McCrory.

Finally, the poll also shows a trend that many of us pointed out as a McCrory flaw at the beginning of this process:  Pat McCrory does not resonate with voters outside of urban areas.   Budd and McCrory were tied at 31% apiece among suburban voters.  But get outside of the Triangle, Triad and Charlotte?

In the rural areas where we find most of the REAL Republican base, Budd slays McCrory 42% to 11%. This is the same type of trend we saw when McCrory was the glaring outlier at the top of the ticket in 2016, with McCrory’s  loss to Roy Cooper the only thing keeping Republicans from having a clean sweep.

Folks outside of the metropolitan areas of our state voted FOR Trump, Burr & Forest, but not McCrory. This poll shows that trend again.

One has to wonder if people like Pat McCrory, Paul Shumaker and the suits at the NCGOP understand the relevance of this poll?  Only about 1 in 10 Republican primary voters outside of the big city would vote for McCrory in this primary.

This poll does nothing but confirm what grassroots conservatives already knew. But it should be a rallying call to conservatives as well.  It’s time we send the message that establishment Republicans do not represent the conservative base. All this talk about them being the best chance in a general election is not supported by the facts.