Elections have consequences.  And, yes, the last two for our state’s high court have had significant ones — like THIS:

Sex offenders have rights, too, and in some cases the state has been violating those rights, the NC Supreme Court ruled on Friday.

The ruling concerns people who have been ordered to submit to satellite-based monitoring for the rest of their lives, which forces them to wear a tracking device so law enforcement can track their location via GPS using an ankle bracelet.

Nearly 500 North Carolina sex offenders could now be freed from lifetime surveillance by the GPS monitoring program. However, it’s not yet clear how many actually will be.[….]

*That decision to concede 2018’s race to Anita Earls and abandon Barbara Jackson is looking smarter and smarter, eh, Dallas?*

Actually,  there are quite a few folks over on Jones Street who also share the blame for the debacle that is now the state Supreme Court.  These leftists in robes COULD actually stretch this “right to privacy” to include private cells and less-intrusive surveillance by prison staff.  (No mail screening.) 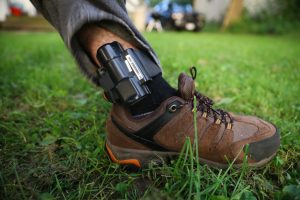 The NCGOP is trying to make amends for 2016 (Edmunds) and  2018 (Jackson).  They’ve picked a slate for the court that includes Phil Berger, Jr. and former senator Tamara Barringer that they’re trying to shove down our throats.
Barringer will be the toughest to swallow.  She regularly was ranked as the most liberal member of the state Senate Republican caucus.  She and her husband were part of the Cary-based David Miner political organization.  In the 2004 races,  they teamed with Richard Morgan, Danny McComas, Harold Brubaker, and Paul Shumaker to finance primaries for conservative critics of the Richard Morgan-Jim Black ruling coalition in the North Carolina House.  She is toxic.  She’s not conservative.  And we NEED conservatives to get this court back to where it needs to be.

2 thoughts on “NC Supreme Court: A right to privacy for sex offenders?”