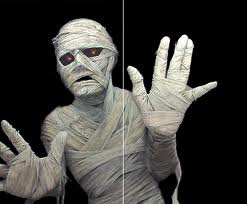 Today’s episode of NC Spin needs to appear on DPI superintendent June Atkinson’s campaign report as an in-kind contribution.  The show that bills itself as “Balanced Debate For The Old North State”  gave the incumbent DPI boss — who DOES have an opponent in November — a free half hour of air time to pontificate, basically unchallenged, as an expert, roughly three weeks before the big vote.  (Replacing Gene  Arnold with John Tedesco, and turning the show into a bona fide debate would have been MUST-SEE TV.)

If ol’ John would have been allowed on the show, he might have asked June some things like:  If you are doing such a great job, June, why did Bev try to cut you out of the loop by hiring Bill Harrison?  Why does your own party throw primary opponents at you? Why does DPI need 900 employees at its Raleigh HQ?  Why is DPI micromanaging details for local systems like bus routes and usage, and school calendars? What could you possibly do in the next four years that you couldn’t have already accomplished in your 36 years at DPI? Do you have ANY ideas for improving the quality of public education beyond bleeding more money from the taxpayers?

But that would never happen.  June would NEVER have gone on the show with MISTER Tedesco.  (She’s scared.) Tom Campbell wouldn’t allow it  because it might knock him off some Raleigh cocktail party invite lists.

On November 6, vote early AND often FOR JOHN TEDESCO.