Ms. Rivenbark is a healthcare professional and single mother of two who plans to make pro-life issues and The Second Amendment the cornerstones of her campaign.

If you thought the radical left hated Mark Harris, wait until they get a load of Dan Bishop.  Bishop, an attorney and 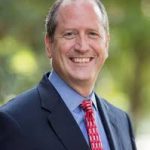 former state House member as well, is regarded as one of the architects of the “notorious” HB2 “bathroom bill.”

Despite its name, this bill is anything but competitive or a solution. Most troubling is an entirely new program, the Solar Rebate Program on page 17 of the bill. This program is very similar to the expired tax credits NC was offering, except in this case instead of the taxpayer paying for them, it will be utility customers paying through their electric bills.

Other provisions in the bill include: lifting the state’s ban on third-party leasing, promoting net metering, shortening the terms of contracts between utilities and “renewable” energy providers, and introducing a competitive bidding process for utilities soliciting proposals from “renewable” facility developers. While we can acknowledge aspects of the bill, like competitive bidding and shortening contract terms, may be beneficial to ratepayers, the troubling nature of the rebate program in particular creates concern enough for Civitas Action to oppose this bill.

Civitas Action opposes government mandates and subsidies in any industry, especially in the energy industry which affects all businesses and citizens across the state. We urge our legislators to either kill this bill or take prudent and reasonable action and turn it into a study bill to make sure they get the legislation right.

(Civitas Action will retain the original House vote as the graded vote because more votes were cast.) The conservative vote on both versions of the bill is no. House Votes on original bill, Senate vote on Conference substitute House: 2R, RCS #585 (108-11) Senate: ACR, RCS #523 (36-4)

This bill would authorize up to $3 billion in new state debt without voter approval. The proceeds from the bonds would be devoted to transportation projects. Civitas Action believes that voters should be allowed to vote on all issuances of state debt. The conservative vote is no. HOUSE AND SENATE House: 2R, RCS #1068 (94-21) Senate: 2R, RCS #589 (47-0)

The primary will be held on May 14. The only way to avoid a runoff is for someone to get 30 percent of the vote in the May election.