We were the first ones to call the Anointed Ginger One out on his anti-semitic pro-terrorist associations.  Dan McCready had Ilhan Omar’s money since November, but has been silent on it.  Instead, he’s been loudly questioning the moral compass of a certain Baptist preacher. 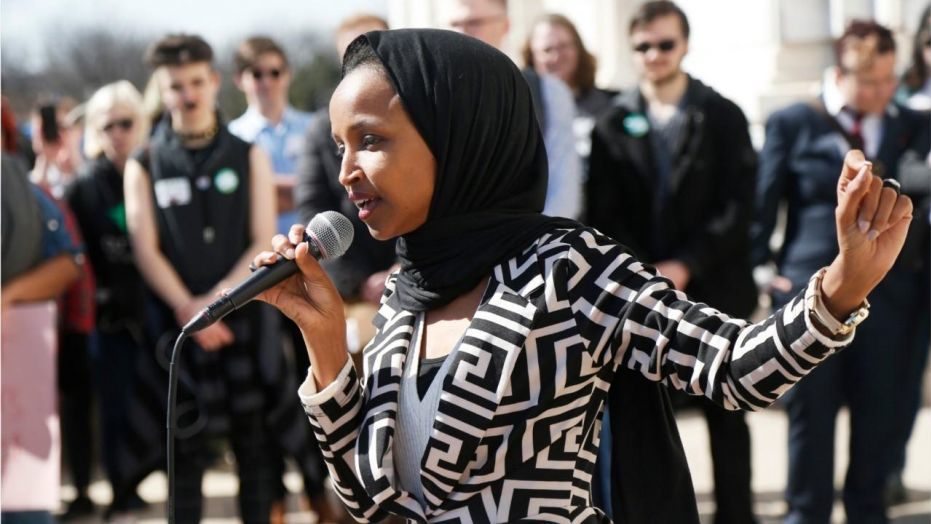 It’s funny that, after several months and more than a few mentions from us, he’s making a big deal of refunding the witch’s  money:

Okay.  Now how about the cash he got from J Street?  They’re just as bad, if not worse, than that she-devil.  When is he giving their cash back?   (Or better yet,  when is he going to be made to talk about the ballot-harvesting facility in Lumberton his campaign financed?)

It appears Dan Bishop is getting credit from the drive-bys for making The Ginger One blink on this subject. 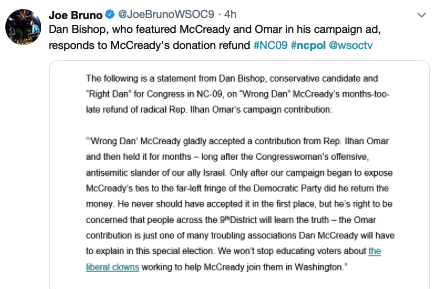 (*Gee, I wonder where Bishop and his team first learned about this whole matter?*)

If the GOP and the drive-by media would just start doing their jobs and scrutinize Dan McCready a bit, this little punk’s dreams of going to Washington will go up in flames just like his buddy Ilhan Omar’s beloved ISIS caliphate.