Democrats are working hard to sell us on their alleged clean-cut, GI Joe, patriotic-as-apple-pie, capitalism-loving, All-American Boy nominee in the Ninth Congressional District.  For all that spin, Mr. McCready sure does whip up a lot of excitement among folks nationwide and across the globe who appear to hate capitalism and what this nation stands for. 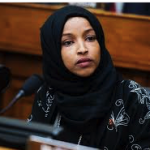 Dan McCready has proudly taken money from sources who proudly oppose US foreign policy and are viewed by many as anti-Semitic.

He’s proudly taken money and logistical support  from folks who have organized economic boycotts of our state — specifically the Human Rights Campaign Fund — over the HB2 bathroom bill.   Mr. McCready has gladly taken cash from people who value tadpoles and butterflies over your property values, our nation’s energy needs, and capitalism in general.

Of that amount, our analysis tied $119,758.92 to national and  international labor unions and some of the hardest of the nation’s hardcore political left.

One donor — Democracy Summer Leadership PAC — proudly boasts of “Youth Revolution” being on “the syllabus.”

We traced $69,700 of McCready’s haul to Big Labor sources — much of which came in during the final week of the 2018 general election.   The Association of Federal State County and Municipal Employees (AFSCME) dumped $10,000 into McCready’s coffers.  The United Auto Workers tossed in $5000.

The United Association  of Journeymen & Apprentices of Plumbing & Pipefitting Industry (US & Canada)  generously donated $5000.  The International Union of Operating Engineers were also good for $10000.

Bakery Confectionary, Tobacco workers & Grain Millers Intl Union 19  was only good for $1500.   The Brotherhood of Locomotive Engineers & Trainmen were good for $5000.

The remaining $50,058.82 we were able to tie to radical leftists of the unelected kind.   The Progressive Turnout Project was good for $4882.78.   Something called Progressive Choices was good for $1000.  The League of Conservation Voters — friends to ALL dung beetles — donated $5468.02.

(On the lighter side, we see McCready room $4000 from some people called End Citizens United — which is apparently all about getting these PACs out of politics. ) 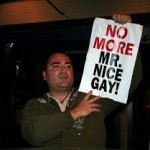 McCready was not shy about taking $3795.53 in logistical and financial support from The Human Rights Campaign Fund, which we all remember from the BOYCOTT NC days following passage of HB2.

Okay.  You can keep cooing over this mama’s boy and his Junior League wife and babies,  or you can look really hard at who is behind him and supporting him so fiercely.  His “business” is little more than crony capitalism that thrives off of government subsidies and easily-purchased politicians.  His campaign is so tightly wrapped up with people who do not have the best interests of America or capitalism at heart.

In  1998, so many people cooed over that *cutie-pie* John Edwards and the sad stories about his teenage son killed in a car

crash.  That imagery overrode any common sense desires to examine his ambitions or his agenda.  And the state and the nation ended up paying dearly for that blunder.