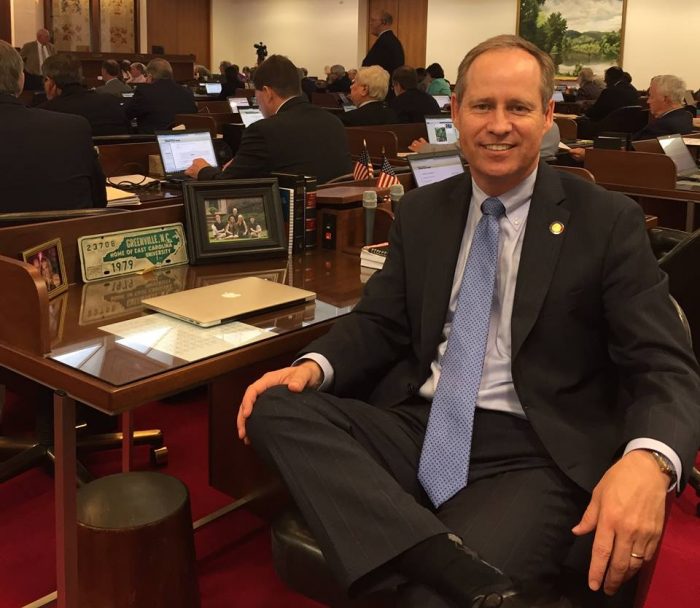 Mark Meadows and The House Freedom Caucus have given a thumbs up to the Greenville physician.  Now it appears one of the nation’s more prominent Tea Party leadership groups is following suit:

Tea Party Express Co-Founder and Chief Strategist Sal Russo said, “Dr. Greg Murphy’s experience, conservative record, and commitment to constitutional principles make him the clear Tea Party candidate in this race. We are proud to stand with Tea Party leaders like Congressman Mark Meadows, who in his endorsement of Dr. Murphy, called him “clearly the conservative pick.”

“Greg Murphy is a lifetime North Carolinian with years of successful leadership in both the private and public sectors. A graduate of the UNC School of Medicine, Dr. Murphy has operated his own private medical practice in Greenville for more than twenty-five years, formerly served as Chief of Staff at Vidant Medical Center, and has brought medical care to impoverished regions of the world as a medical missionary.

“Since 2015, he has served as a member of the North Carolina House of Representatives, where he has worked tirelessly to reform healthcare, battle the opioid crisis, and protect taxpayer dollars. As President Trump and conservatives in Congress continue fighting to rein in excessive government spending, put power back into the hands of the American people, and dismantle Obamacare, they need committed conservative leaders like Greg Murphy on their side.[…]

The national organization had a few thoughts about Murphy’s opponent in the Third District runoff — Joan Perry of Kinston:

[…] “In a desperate attempt to fool Third District voters, we are disappointed to see his opponent, Joan Perry, running false, misleading ads intended to make voters question Dr. Murphy’s support for President Trump and his successful agenda. If anyone’s conservative credentials are in question, it is Joan Perry, who opposed our tea party candidate for Congress in favor of the Democrat incumbent.

“In 2012, she offered a rousing television ad endorsement of Democrat Congressman Mike McIntyre, who had already voted for Nancy Pelosi for speaker four different times, keeping in power the very big government liberals that tea party activists were trying to dislodge.

While the Tea Party Express bus tour was crisscrossing North Carolina on behalf of conservative candidates, we had to contend with Joan Perry’s TV ad opposing our candidate. That is simply unacceptable. We simply cannot trust Joan Perry to be the conservative voice for limited government and economic prosperity in Washington given her record of supporting Democrats who voted for Pelosi.

“Third District voters deserve to be represented in Congress by a person of integrity who will stand up to the radical left and fight to restore American greatness. Greg Murphy is the clear choice for conservatives in North Carolina,” Russo concluded.