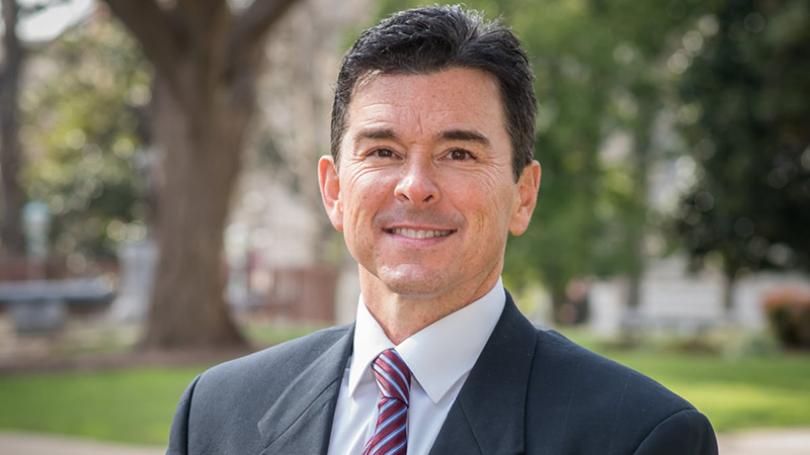 I know .  I know.  It is starting to look like Kick Allen Day here at The Haymaker.  (But when you have a target that provides SO many opportunities …) 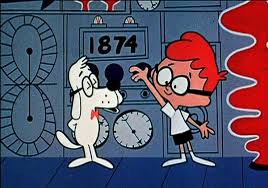 Let’s jump in the Wayback Machine to 2014 when Thomas was mayor of Greenville:

A company associated with Greenville Mayor Allen Thomas and his wife was dissolved March 4 for failing to file reports with the state and owed thousands in city and county property taxes as of 5 p.m. Friday.

After Thomas was contacted by The Daily Reflector Thursday and Friday regarding the delinquent property taxes owed by the company, a payment was made Friday on the 2012-13 taxes in the amount of $9,180.23, clearing the debt for that year and leaving $9,285.50 in delinquent taxes from 2013-14.

Century Financial Services Group, LLC, was registered in Charlotte to Janet S. Thomas in November 2002. The company has had a Greenville address since 2004. The state recently dissolved the company for failing to file its annual reports. Thomas told The Daily Reflector on Friday that he was not and had never been a member of the company.

However, on two deeds of trust from 2004 and 2005 in the Pitt County Register of Deeds, Thomas’ signature appears identifying him as a member of the group and Janet Thomas’ signature identifies her as the manager. […]

In case you were wondering, here is a photo of the lovely piece of property in question: 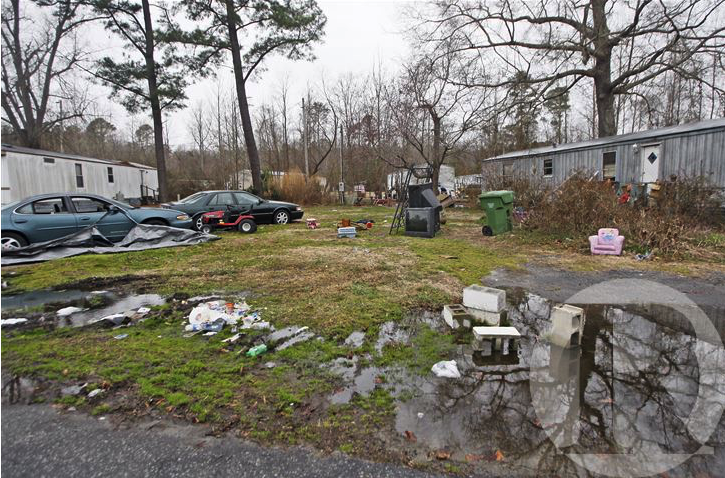 […] The last time Thomas’ name appears associated with the company, according to documents available with the Pitt County Register of Deeds, is his signature on a deed of trust in 2008, but Thomas is not identified specifically as a member.

In North Carolina, limited liability companies are not required to list all of their members on annual reports, according to state statute. Thomas’ name does not appear on the company’s annual reports.

Century Financial Services Group, LLC, owed $18,465.73 in delinquent city and county taxes on a property at 453 Eastbend Drive, Greenville, as of 5 p.m. Thursday. As of 5 p.m. Friday, the taxes from 2012-13 had been paid after Thomas was contacted by The Daily Reflector regarding the delinquent property taxes. One payment of $908.23 had previously been recorded in May 2013. The 12.16-acre property also was under a foreclosure warning until the 2012-13 taxes were paid on Friday.

The property still had $9,285.50 in delinquent county and city taxes Friday.

Though the state has dissolved the company, the debt still follows the real property and the owner of the real property. According to Pitt County tax records, Century Financial Services Group, LLC, is the owner of the property, so the company still owes the taxes, according to Cathy Booker, Pitt County tax administrator. The property can be sold, but if it sells, the taxes still follow the property, so the new owner will inherit the delinquent property taxes unless they are paid before the sale.

The property was under a foreclosure warning, which Booker said means that a letter was sent to the owner of the property — Century Financial Services Group, LLC — requesting that it contact the county immediately and giving it 30 days to respond to the county regarding its delinquent taxes, or the county will begin the foreclosure process on the property.

Booker said delinquent taxes owed by an limited liability company require a different approach. With an individual, the county has the ability to send a list of delinquencies to the state in order to garnish wages or use “debt set off” where tax returns or lottery winnings are taken and used to pay off the tax debt. With an LLC, those options are not available, so the county can only continue to pursue the company for the delinquent taxes. Booker said foreclosure is usually the last step, following many attempts to contact the individual or group that owes the taxes. Booker said the county reaches out to set up payment arrangements and other options before sending out a foreclosure warning.

“That’s usually when we’ve exhausted all other avenues,” Booker said.

The phone number on the sign leads to a voicemail of Janet Thomas.

According to county records, Century Financial Services Group, LLC made an upset bid on the property in August 2006 when it was put up for sale after a foreclosure, meaning it put in an additional bid and outbid others to purchase the property. The company purchased the property for $160,650 and the amount was paid in full, the documents said.

Janet Thomas’ name and/or signature appears on each document as the manager/member of Century Financial Services Group, LLC. Allen Thomas’ name does not appear on the four deeds of trust.

The county only keeps records of whether deeds of trust are satisfied. According to county records, all of them have been satisfied except for the $330,000 debt to Mill Creek Funding Company, which is due by Feb. 28, 2015.

In March 2010, the Secretary of State issued a notice of grounds for administrative dissolution of Century Financial Services Group, LLC, because the company had not filed an annual report. About a month later, the company filed the report and avoided dissolution.

No annual reports for the company have been filed since April 2010, according to state records. In November 2013, another notice of grounds for administrative dissolution of the company was issued by the state. The company was dissolved Tuesday.

On Thursday, The Daily Reflector received a call from Samuel Hardy, who said he is a resident of the mobile home park on the property at 453 Eastbend Drive. He said he received a notice stating that he would have to move by the end of March.

James Williams, a three-year resident of one of the homes on the property, told The Daily Reflector that he and his niece had received a notice of eviction because the property was being sold.

City Code Enforcement, which Williams said frequents the property for code enforcement violations, also told him that he had to be gone from the property within a certain time, he said.

Williams said he had been given various dates by which he had to leave the property, but things still were not clear. Williams, however, is not upset he is being made to leave.

There are 20 standing mobile homes on the property, with 15 currently inhabited and five dilapidated or appear vacant.

Four more mobile homes had collapsed or were collapsing and several had been stripped of siding, exposing timber struts and insulation. Windows and doors were missing from some units.

Trash, discarded furniture and neglected children’s toys were scattered throughout the property, near the homes and along the street.

Vehicles were parked haphazardly and an old boat leaned, grounded, near more trash. Loose cats, and evidence of other animals were present throughout the property. The most common call for service from the Greenville Police Department at the property in the last year were animal complaints.

City Attorney Dave Holec told The Daily Reflector Thursday that there is no requirement that members of Greenville’s City Council have to disclose ownership interest in property which they personally own or owned by a company, organization or LLC of which they are a member.