Yes, it’s true.  Our gal Nee-Nee has signed on to a bill with NEARLY THE ENTIRE DEMOCRAT CAUCUS to endorse passage of an Equal Rights Amendment to the US Constitution.   The latest version of the bill — which comes up in every Congress — was introduced in May of last year.

You hear “equal rights” and you think: How can you NOT be for that? Well, let’s hear it from Phyllis Schlafly — the original lead crusader against the ERA in the 70s and still going strong:

[…] The amendment, which was born around the time that women were given the right to vote, was first introduced in Congress in 1923. For nearly 50 years, all subsequent Congresses had the good judgment to leave it buried in committee.

In 1971, the women’s liberation movement burst on the scene and became the darling of the media. Its leaders 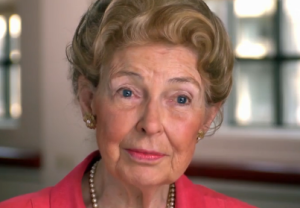 demanded a gender-neutral society in which men and women would be treated exactly the same, no matter how reasonable it might be to respect differences between them. The amendment, which states that “equality of rights under the law shall not be denied or abridged by the United States or by any state on account of sex,” was the chosen vehicle to achieve this goal.

A radical feminist organization called the National Organization for Women stormed the halls of Congress and forced a vote on the Equal Rights Amendment. Only 24 members in the House, and eight in the Senate, voted against it. On March 22, 1972, Congress sent the amendment to the states, which had seven years to ratify it. […]

The opposition was totally outmanned. We had no Rush Limbaughs, no Fox News, no “no-spin zone” to challenge the need for the amendment. We had no Internet, no e-mail, no fax machines to help rally an opposition.

But the Equal Rights Amendment was rejected. We kicked off our Stop ERA campaign, launched in February 1972, with an article I wrote: “What’s Wrong with Equal Rights for Women?” Over the next 10 years, nearly 100 issues of my Phyllis Schlafly Report were devoted to exposing the bad effects of the amendment.

While claiming to benefit women, the ERA would actually have taken away some of women’s rights. We based our arguments on the writings of pro-ERA law professors, among them current Supreme Court Justice Ruth Bader Ginsburg. The amendment would require women to be drafted into military combat any time men were 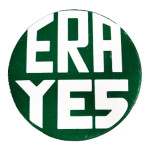 conscripted, abolish the presumption that the husband should support his wife and take away Social Security benefits for wives and widows. It would also give federal courts and the federal government enormous new powers to reinterpret every law that makes a distinction based on gender, such as those related to marriage, divorce and alimony.

In 1977, ERA advocates realized that they were approaching the seven-year time limit three states short of the 38 needed for ratification, so they persuaded Congress to give them $5 million to stage a conference, called International Women’s Year, in Houston. The conference featured virtually every known feminist leader and received massive media coverage. But it backfired. When conference delegates voted for taxpayer funding of abortions and the entire gay rights agenda, Americans discovered the ERA’s hidden agenda.

A couple of months later, a reporter asked the governor of Missouri if he was for the ERA. “Do you mean the old ERA or the new ERA?” he replied. “I was for equal pay for equal work, but after those women went down to Houston and got tangled up with the abortionists and the lesbians, I can tell you ERA will never pass in the Show-Me State.”

With the expiration clock ticking — March 22, 1979 — and ratification uncertain, feminists appealed to Carter and Congress for a time extension and won. The ratification deadline was extended to June 30, 1982. 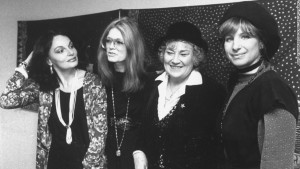 The American people were so turned off by the extension that no additional state ever passed the ERA. In Idaho vs. Freeman, a federal court ruled that the time extension was unconstitutional and that states could constitutionally withdraw their previous support. Five did.

The Supreme Court subsequently ruled that the lawsuit was “moot” because the ERA had not been ratified by either the original deadline or the extension.

ERA supporters repeatedly tried to revive the amendment, reintroducing it in Congress in 1983. But the House rejected it. They then tried to persuade individual states to pass the ERA as state constitutional amendments. They got nowhere.

The current plan to revive the amendment is so outrageously dishonest — for instance, backers say both previous time limits can be ignored, that prior court rulings are irrelevant and that the previous state ratifications are still valid — that it’s a wonder anybody could argue it with a straight face. No matter its new name, the same text that has been voted down, again and again, will again be rejected by the American people.

Show of hands.  Is THIS what you voted for in 2010?  Renee Ellmers has grown too comfortable in our nation’s capital.  She needs to come back to the real world and her old life as a bored doctor’s wife.