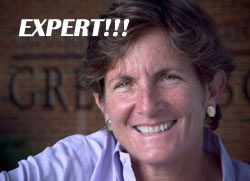 It’s amazing to see the double standard the rapidly-fading mainstream media uses in identifying “credible” sources.  It appears that you merely have to spout lefty talking points in order to be quoted verbatim and cooed over by WRAL or The McClatchy Gang.

Some of the worst examples of this I have seen have been in coverage of the fracking issue.  Just about every fracking “opponent” who gets quoted tends to be someone without a lick of science or business education or background.   I’ve seen everyone from nuns to volunteers in lefty activist groups accepted as authoritative experts on the issue of fracking.  Let’s contrast this with John Droz, a North Carolina-based scientist whose recent presentation to state government leaders focused on his hypothesis that environmental science and environmental policy  have been overly-politicized.   McClatchy and their comrades at Facing South tried to rip Droz a new one — suggesting he has no credibility because he owns moderately expensive beach houses and has been quoted in publications they consider “fringe.”

John Skvarla — Gov. Pat’s appointee to head DENR and arguably the most qualified person ever to hold that post — is taking fire for daring to suggest that global warming is NOT a settled matter of science.  Never mind that he’s been the CEO of a company specializing in the remediation of environmental problems.

Meanwhile, McClatchy and the rest of the mainstream media are cooing over state Rep. Pricey Harrison’s (D-Greensboro) recent testimony before Congress on fracking.   Harrison — for those who don’t know — is a wealthy socialite from a prominent Greensboro family.  According to her campaign web site, her complete work experience consists of “Former communications law attorney; Former volunteer environmental advocate and activist.”  That’s it.  She practiced law and agitated with a bunch of lefties.  Clearly an expert on energy mining.

State Rep. Pricey Harrison, a Greensboro Democrat, was grilled by U.S. Rep. David McKinley, a Republican from West Virginia, while testifying at a congressional hearing on fracking and coal ash in Washington on Friday. The two clashed over whether there were any legitimate environmental concerns about hydraulic fracturing, and who should regulate it, states or the feds.

McKinely was so aggressive – “He was actually pretty rude about it,” Harrison told Dome – that the committee chairman apologized to her.

According to a blog on The Hill, the House Energy and Commerce Committee was the venue for Republicans to go on the offensive against federal regulation of fracking. Harrison was invited to present the contrary view.

“Our state agencies may be ill-equipped to do the work needed to properly regulate and enforce natural gas drilling,” Harrison told the committee. “Strong federal oversight is needed to ensure that the state regulatory programs have standards that will protect our citizens from harm.”

It would have been nice for Jarvis to report the details of McKinley’s grilling of Harrison.  I’m sure the West Virginia congressman said something along the lines of THIS:  “It’s nice this woman has an opinion, but who the hell is she and why are we wasting the committee’s time listening to her?  My dog has more expertise on this issue than she does.” The Houston Chronicle decided to pick up McClatchy’s slack and do some reporting on Harrison’s testimony.  According to the Texas paper, Harrison was in DC on behalf of the National Caucus of Environmental Legislators — which, according to its web site, “was organized in 1996 for the purpose of providing environmentally progressive legislators with an opportunity to coordinate their activities with respect to national legislative organizations, and to share ideas both on affirmative and negative environmental issues.”

Yep. Just what we thought.  Lefty politics and not a lick of science.