While most of you in the Ninth congressional district were voting yesterday, your junior US senator was being honored by gay rights activists at quite the soiree held at one of DC’s preeminent law firms. 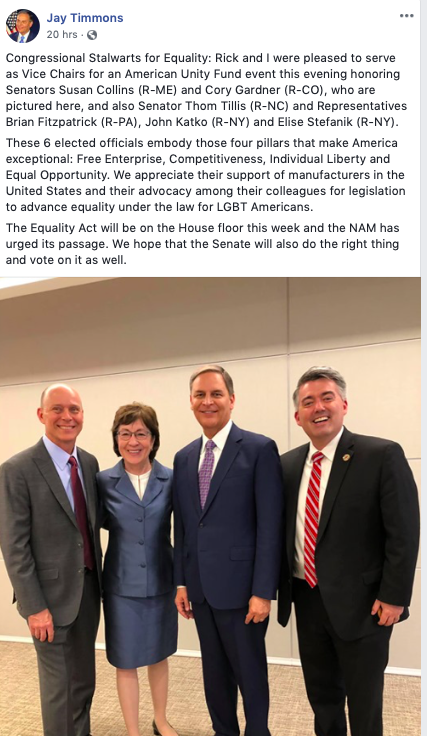 Apparently, we had some doubters when we initially revealed the invitation to this event.   And, apparently, the organizers wanted to thank Tillis and the five other honored Republican elected officials for their “advocacy among their colleagues for legislation to advance equality under the law for LGBT Americans.”  (Senators Susan Collins and Cory Gardner are pictured above with two of the event’s attendees.)

Here’s a reprint of the invitation: 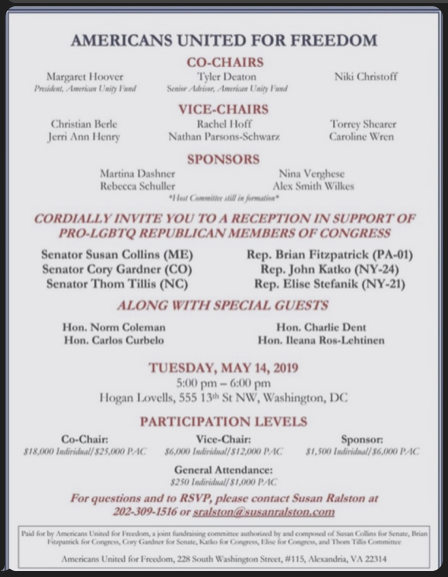 The co-chairs of the event represent something called The American Unity Fund.    Margaret Hoover, the president of AUF and a self-described “LGBT rights activist,” is a commentator for CNN and PBS.  Here’s more on Hoover and her team.