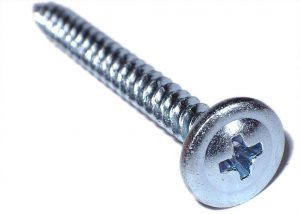 Granted, this story is about one of North Carolina’s 100 counties.  But something like this is likely going on in each of the other 99.

We’ve got a clueless, or complicit — not sure which is worse — board of education.  We’ve got a load of edu-crats who are perpetually boo-hooing about being cash-starved and the kids suffering.  We just went through a round of this — led by our local newspaper and our Machiavellian superintendent.  The county commissioners got bullied into actually considering a tax increase to dump more money into our very own public education money pit.

We posted earlier about our discovery of a SECOND central administrative office and all of the top-level administrators pulling down six figures while teachers struggle for supplies for their students and to make car payments.

Here at The Haymaker, we soooooo enjoy exposing the duplicity of governmental types.  (We especially enjoy doing it with their own documents.) 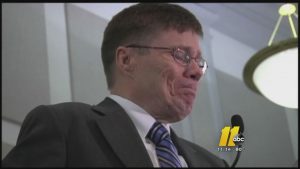 TOP-HEAVY.  Through fiscal year 2016, Moore County Schools reported having 2773 total employees.  Of that total, 1556 were “central services” — fancy talk for high-paid, paper-pushing administrative, non-teaching types — and 1217 were “school and school based support.”  Translation?  Only 44 percent of the people on the school system payroll in FY 2016 actually had jobs that put them in regular contact with the kids.

EXPENSIVE KIDS.  According to this internal document, the system had a net gain of 513 students between 2007 and 2016.  During that period, operating expenditures grew by SIXTEEN MILLION DOLLARS.

Um, WHAT?  In our last post, we told you about how the system was paying 67 employees based at The Pinckney Academy some big administrator type dollars.  Got that?  SIXTY-SEVEN employees.  According to this document, there are only ELEVEN students enrolled at Pinckney.  ELEVEN.  It has a capacity for 100.  (And it contains a total of 11,807 square feet.)

Oh, the hits keep coming.  We’ve got EIGHT people fighting over TWO seats on The Pinehurst Village Council.  That’s great, but we’ve got a mess at the county school system that NEEDS that same passion directed at it.

We need a real audit of school finances.  Not the cheesy audit of financial statements the Grimesey fan club likes to toss around.  Those merely make sure the figures are all filed in the right line items.  We need a thorough investigation to see that dollars EARMARKED FOR X are actually being used to PAY FOR X.

EVERY INCUMBENT ON THE BOARD OF EDUCATION NEEDS TO BE TOSSED. They have failed in their responsibilities to the taxpayers, and to the kids.  There also needs to be a thorough house-cleaning / re-education effort at BOTH central offices.  Some bureaucrats and some politicians need to be reminded what the real mission is.

16 thoughts on “Moore County Schools: Boy, are we getting SCREWED.”