Well, the effort to bring party disloyalty into the debate on HB 1224 blew up rather unceremoniously.   Apparently, some ”pain-in-the-ass-teabagger web site”   spilled the beans before the plan could get underway.  Sources inside the GOP House caucus meeting on Monday told us that Speaker Tillis got an unpleasant earful about the party disloyalty tactic. Tillis assured his troops that he would not — after all — call for the in-caucus vote because he already had the votes he needed.

HB 1224 got sent to the House Rules Committee, where it passed by a narrow margin of 11-8.  Two Democrats voted for it.  (Moore County’s Jamie Boles provided a key vote to get it out of the committee and on its way to the House floor.)

How might ol’ Thom have finagled these votes for this legislative boondoggle?  Quite possibly by doling out more ”goodies” to “bribe” reluctant legislators. In fact, one can see some of this in action with HB 189.   HERE is the version posted on the NCGA web site.   Here are photo copies of a hard-copy version handed out to legislators yesterday.  What started out as a bill dealing mainly with child support enforcement is now packed with new details ranging from tax breaks for farmers,  exemptions from sales tax caps for certain counties, and film incentives for Hollywood.  My NCGA sources tell m

e that leadership has said the failure on the floor of either HB 1224 or HB 189 kills both bills.  There’s a little something to bribe everyone here in this bill.  If you vote NO on any of it, you and your district miss out on the goodies.

The exemption from the sales tax cap is clearly aimed at winning over Democrat votes to compensate for Republican holdouts.  (Isn’t it amazing that this tactic is being used when there is a GOP super majority?)   The counties that would get the exemption from the sales tax cap would be Durham, Orange, Forsyth, Guilford, Mecklenburg, and Wake.  Wake Republicans — from what my sources tell me — are adamantly opposed to exempting Wake County from the cap.  Democrat House leader Larry Hall is from Dur 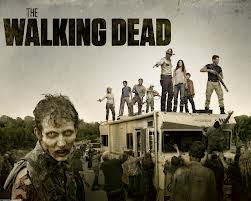 The tax breaks for farmers are clearly aimed at winning over some legislators from rural districts. It exempts farmers who have farm income of $10,000 — or an average of $10,000 over the previous three years — from relevant sales and use taxes.

The film incentives — highly controversial — also got slipped into HB 189. You can get up to $5 million in taxpayer funds for shooting a single episode of a TV show or “video series” (podcast ????)  in North Carolina.  You can get $250,000 in taxpayer funds for “a commercial for theatrical or television viewing.”  We’ve posted before about Tillis announcing his support for film incentives, then getting a load of cash from a movie studio a few days later.   We also posted about a study showing greater economic benefits for North Carolina with an across-the-board tax cut equal to the same amount as the film incentives.   This piece of HB 189 is clearly aimed at, um, “bribing” some coastal / Wilmington-area legislators.

10 thoughts on “Monkey Business Update: party disloyalty, HB 1224, and film incentives back from the dead”