In 2005, leftist writer Thomas Frank penned a tome called “What’s The Matter with Kansas?”.  In 2014, there are probably a lot of people asking “What the hell is the matter with Haywood County?”

A group of Haywood County grassroots activists is going hard after the county’s Emergency Management Ordinance.  They’ve read the fine print, and are alarmed at what they’ve found: 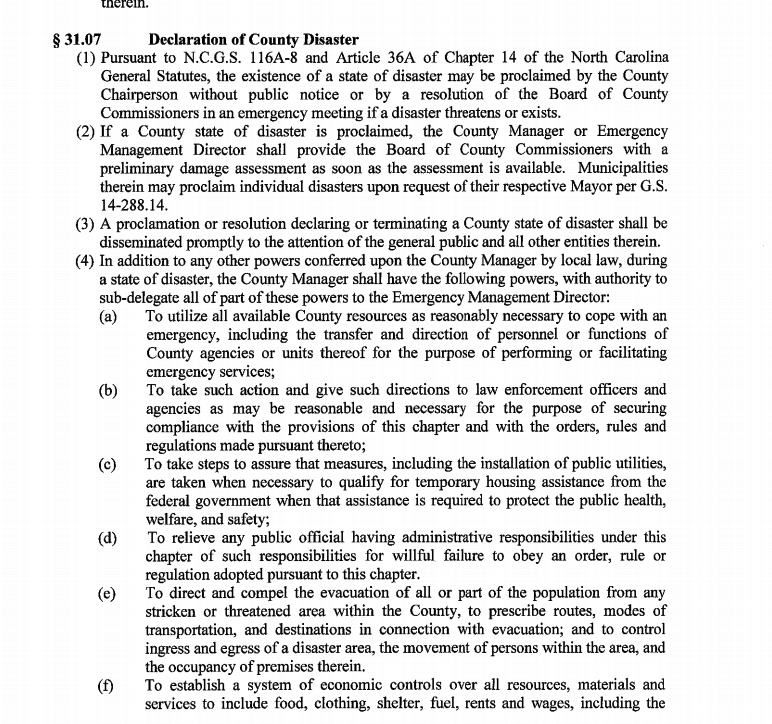 Soooo ….. a “state of emergency” can be declared without notice and the unelected county manager is granted dictatorial powers. The manager can unilaterally order evacuations, and can fire ANY public official who doesn’t follow his orders to the TEE.  The county manager is also given absolute control over all law enforcement agencies in the county.

Sub-section (f) is the part that really sends a chill up the spine: 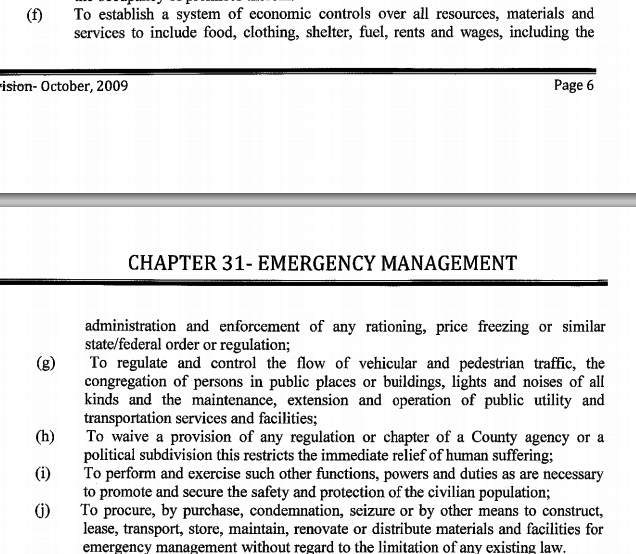 Yep.  That’s right. Subsection (f) grants the county manager — during a “state of emergency” — the power to “establish a system of economic controls over all resources, materials and services.”  Holy George Orwell, Batman! Holy Ayn Rand!

In Haywood County, the county manager — during a state of emergency — will have the final say over what you get paid at your job or what you pay in rent.  The manager will have a say over what the local gas station charges for gas, and what the local merchants can charge for food, or clothing, or other staples. The manager can also institute price freezes or rationing.   Wow! Karl Marx is beaming with pride from his VIP suite in Hell.

It gets *better.* Subsection (g) abolishes your constitutional right to freedom of assembly.  Subsection (i) appears to grant the county manager the power to do whatever he/she wishes under the pretense of “the immediate relief of human suffering.”

Subsection (j) is an even bigger doozy.  It allows the government to take your property for the purpose of “emergency management without regard to the limitation of any existing law.”

Thankfully, the ordinance has become a major issue  in this year’s races for the Haywood County board of commissioners.  Folks, this is a prime example of how you can’t count on your local leaders or local media to watch out for your best interests.