It’s kind of confusing.  We were told originally that America is all about judging people on the content of their character, and not the color of their skin.   Nearly 60 years later — thanks to The Left — we’ve come full circle.

The N&O is attacking the UNC Board of Governors from a new angle:

UNC System board remains mostly white and male. That’s not what campuses look like.

You can also make the argument that the campuses don’t look like North Carolina. Ninety-eight percent of the staff at ANY of the UNC campuses regularly donate to and vote for liberal Democrats.   They’re registered DEM, too (or Independent / Unaffiliated / Socialist. Like Bernie.)    I don’t believe 98% of the taxpayers who fund the universities are registered, or voting, Democrat.  Why not make changes there?   It’d be nice to have the Chapel Hill faculty with a whole lot more conservatives thrown in there.

(I bet the survivors in the N&O / McClatchy newsrooms don’t reflect the population of North Carolina, either.)

I’ve got a beef with the UNC Board.  Instead of using it as a tool to seriously reform our state university system,  the yo-yos on Jones Street have turned it into a dumping ground for their big donors and out-of-work cronies.

Lefties have tried this ‘look -like’ game in other areas.  Corporate hiring.  Sports coaching personnel.  Now, they’re trying it with higher ed.

Can you imagine trying to shape the management of this state, this country, or your business via the crazy quotas these people are advocating?  Sorry,  you can’t hire that incredibly qualified WHITE MALE Duke grad.  You need some more women and blacks to even things out.  Make your company look more like the community it’s based in.  *Who cares if they can actually do the work?*

And how  bigoted is it to believe that ALL blacks and ALL women think the same way on issues? The lib who wrote this story for The N&O likely believes that all women love abortions and Gloria Steinem, and all blacks think Malcolm X, The Black Panthers, and Black Lives Matter are all groooooooooovy. I’m pretty sure there are plenty of white men who disagree with me on issues.  (Look for the guys with man-buns,  soul patches, and Birkenstocks.)

And along come “brothers” like Supreme Court Justice Clarence Thomas and Lt. Governor Mark Robinson further throwing a wrench into the debate.  Leftists typically dismiss them as not being “black enough.”  It’s as though embracing the welfare state and socialism were a vital part of black folks’s DNA.   Congresswoman Marjorie Taylor-Greene (R-GA) really screws up the Left’s ‘women argument.’ (So do quite a few of my female readers.)  When the Left demands more “blacks” and “women”, what they are really asking for are clones of Nancy Pelosi and ‘The Round Rev.’ 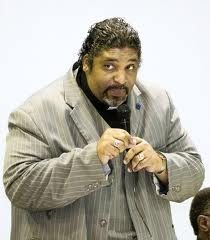 Like the leftists,  I have a problem with how the UNC boards were picked by the GOP on Jones Street.  I believe they wasted an incredible opportunity. We don’t need any more lobbyists or political hacks in key positions like that.  Let’s take MLK’s advice about evaluating and rewarding people based on the content of their character and the ideas they bring to the table.