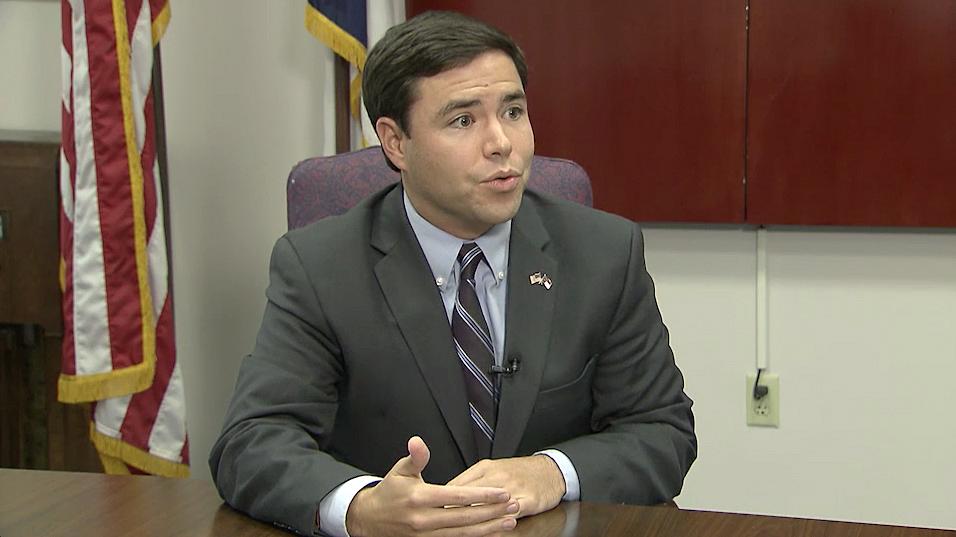 I’ve met Department of Public Instruction superintendent Mark Johnson ONCE.    What most struck me was the campaign contribution he got from Michael Bloomberg during his inaugural run for the DPI slot.   Johnson made a big deal of his background on the Forsythe County school board as evidence of his dedication to public education.

Well, he ended up doing a great  public service by putting June Atkinson into the unemployment  line.  He also did a great job of fighting an awful lot of people and interests over there at the Pink Palace that needed a talking-to. Though, there has been very little in the way of conservative / populist reform of DPI.  And it looks like Johnson is already quitting.

Yes, he’s joining the gaggle of Republicans already seeking — what Dan Forest has already learned — is the most meaningless, pointless job in state government.  Many people use it as a stepping-stone for governor.  Jim Hunt did it.  Bev Perdue did it.  Dan Forest is trying to do it.

It’s too bad this crusader for fixing public education has already been co-opted by political ambition.  DPI is an important job.  It’s also got a seat on the very important Council of State.

It’s so much easier to hold a seat with an incumbent than to try and do it with a  brand new face.  DPI is often quite far out of the spotlight.  But so is the treasury.  (And look at the gangbusters job Dale Folwell is doing with that.  He’s made positive changes and set the tone and subject for a lot of policy debate in Raleigh. )

With this announcement,  Mark Johnson strikes me as yet another ambitious young man passing through Raleigh trying to get HIS.  Meanwhile, a lot of important work is being left unfinished at DPI.  And that seat is being left wide open for the NCAE and the liberal hordes to take it back.