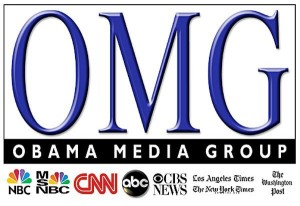 The slobbering sycophants in the mainstream media steno pool are trumpeting a story from sea to shining sea that the economy is EXPANDING.

Seriously.  Does ANYBODY buy this?  We all know someone out of work or struggling to make ends meet.  Do you REALLY believe that we have the BEST economy in FOUR YEARS?   Let’s look at a few things.

The media is excited that the unemployment rate is at 7.5 percent — a four year low.   Do you realize that this *cause for celebration* is still HIGHER than the high point of the George W. Bush era?  The media doesn’t want to mention that the worst unemployment report of the Bush era (7.3 percent) came in December 2008 — his last full month in office.

“These individuals were working part time because their hours had been cut back or because they were unable to find a full-time job.” At the same time, the U-6 unemployment rate — which is the number people out of work and the number of people who have given up and are no longer counted in the U-3 number — that number went up. It’s 13.9%.
The U-6 unemployment rate, which includes discouraged workers and part-timers who want full-time work, went from 13.8 to 13.9%.

And there’s more. There was a two-tenths of an hour decline in the length of the average workweek. I mean, this stuff gets detailed and filled with minutia. But the nut of it here is that it’s a part-time economy, and the number of involuntary part-time workers is skyrocketing. Now, remember, the economy added 293,000 jobs last month. The number of people employed part time increased by about the same: 278,000. So we’re not adding careers, is how I look at it.

We’re adding part-time people whose hours are being reduced because of Obamacare. There are anecdotal reports like this one from the Los Angeles Times: “Consider the city of Long Beach. It is limiting most of its 1,600 part-time employees to fewer than 27 hours a week, on average. City officials say that without cutting payroll hours, new health benefits would cost up to $2 million more next year…” So the City of Long Beach, in order to save $2 million that it does not have, has reduced the workweek for 1600 people that work for the city down to 27 hours.

Yeah.  ObamaCare.  That’s that economic catastrophe Kay Hagan helped force upon us all.  Hours are being cut to avoid qualifying for compliance with ObamaCare.  If you’re one of those people who can only  find part-time work, thank Kay Hagan and her vote FOR ObamaCare.

A lot of these great-sounding  unemployment numbers are being produced by government number-crunchers weeding people out of the total workforce population.  Don’t count people anymore whose unemployment benefits have run out, or who have given up on finding a job.

Unemployment has been falling surprisingly fast given the slow level of GDP growth. Using Okun’s Law, JP Morgan economist Mike Feroli points out that last year’s 0.8%-point drop in the unemployment rate would normally be associated with a year of 4.9% GDP growth. Instead, GDP rose 1.7%. And in 2011, GDP growth was 2.0%. But Okun’s Law would have predicted a 5.0% year. Feroli:

Another way of saying this is that there has been a persistent miss on the Okun’s Law relationship tying unemployment rate changes to GDP growth. This fact is well-known in the financial community and is usually explained by pointing to the persistent and unusual fall in the participation rate. This decline in participation means the unemployment rate can move down even when jobs and GDP aren’t expanding briskly.However, this only explains half of the surprising decline in the unemployment rate. The other half is due to productivity being unusually weak over the last few years. Slow productivity growth means that each added dollar of GDP requires more labor input than would be the case if productivity grew more normally.

There has been a lot of discussion about falling participation rates, and how much of the decline has been due to demographics, labor market incentives, and psychology.

So the unemployment rate might continue to fall faster than expected, but if the reason is because the US economy has grown less productive — meaning it takes more labor to generate each dollar of GDP — the cheers should be muted.

All of this noise from the mainstream media brings forth some words of wisdom from my late grandfather: “Don’t pee on my leg and tell me it’s raining.”