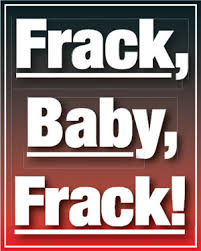 It’s created a huge economic boom in the Dakotas.  Environmentalists want you to believe it will poison your children and kill your ability to have children. In any case, fracking is revolutionizing the energy industry.  It’s giving our economy a much needed boost. Many are seeing fracking as a way for us to slip out from under the heavy hand of the monopolistic oil sheiks of OPEC.

Here in the Carolinas, we are seeing gas prices drop back toward 2008-2009 levels.  Barry Obama and his acolytes are trying hard to take credit for the drop in gas prices.  People with sense are seeing something a little more logical — Middle East oil barons reducing the per-barrel price of oil to try and destabilize the upstart fracking industry.

Marketing 101 says that if you meet someone’s needs — at a lower price — you can steal them away from an existing provider by the droves. Competition forces a provider of a good or service to either (1) change their strategy to better deal with the newcomers or (2) take your marbles and go home.  Western cash has been good to the sheiks. I don’t see them taking their marbles and going home. 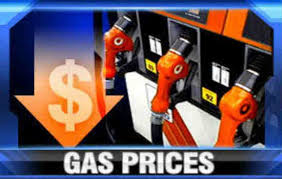 North Carolina state government leaders have approved rules for energy companies seeking to set up fracking operations in the state.  Democrats have joined themselves at the hip with left-wing environmentalists to scare the hell out of Middle America about fracking.  In November, they had great success with that routine in Lee County and Buncombe County — picking off some GOP state legislators and county commissioners. But even the NY Times sees these kinds of scare tactics as a problematic political strategy for its readership base.

Again, we are witnessing the beauty of the free market at work.  Good things come from competition — or the threat thereof.  Weak offerings fade away while others improve their offerings to better compete in the new environment. There’s a lesson here, people.