We usually try to keep our focus on events related to The Carolinas, but the circus in Ferguson, Missouri has us stepping out from those parameters. I am a repentant, recovering former member of the drive-by media.  Observing the drive-by coverage of Ferguson, it makes me feel sad, ashamed, and disgusted for the current practitioners of my former profession.

Drive-by newsrooms LOVE crime.  It’s easy to cover. Simply listen to the police scanner, and follow the cops.  You can also simply pick up, and transcribe copies of the police reports.  It’s low cost and can be done quickly.  (And you’re less likely to be sued for defamation of character when you’re reporting on suspects in active criminal investigations.)

I’ve been part of the media mob at crime scenes.  I’ve had my share of head-shaking, face-palming moments when one of my then-colleagues would approach the crime victim, or one of the victim’s family members, and ask: “How do you feel?”   * I’ve been raped and bashed over the head with a tire iron! How the $@*& do you think I feel ???* 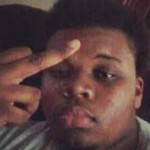 I covered the investigation into Michael Jordan’s father’s murder in my home county of Robeson in the mid-90s.  All kinds of drive-bys came down from the north speculating almost immediately about KKK involvement.  (Never mind that the Klan had not been seen in Robeson County since 1957.Never m
ind that Robeson County is arguably the most racially-diverse county in the state. Don’t let the facts get in the way of a good, um, “story.”)  A black and Native American suspect were arrested for the crime.  Of course, the case played out just like the cops said it would during the trial.

The two suspects were convicted by a racially-diverse jury.  Did the drive-bys apologize for their inflammatory speculation about the KKK?  Nope.  They just moved on to find their next victim.

Let’s go to the modern-day coverage of Ferguson.  The drive-bys are still portraying the victim here as some poor, misunderstood gentle giant who was victimized by the police. Never mind the security camera video showing the “gentle giant” assaulting a store clerk while robbing his store.

Instead, we’re getting media-driven investigations of the officer in the shooting.  In one of the most appalling examples, this AP story carried today by McClatchy includes a criminal record check of the officer’s now-deceased mother.  Seriously.

McClatchy, WRAL and NewsChannel 11 are so excited about this case.  Yet, they downplay the race of the attackers (black) on all of those joggers and walkers (white) on Durham’s American Tobacco Trail.  Why aren’t those white yuppies in Durham rioting?   Our very own drive-bys downplayed the race of the pair who killed the Chinese professor in Chapel Hill.  Why isn’t the Chinese “community” rioting?  Sounds like a real race problem RIGHT HERE at home to me.  Where are the drive-bys?

Gone are the days of reporting the facts or getting to the bottom of a situation.  We are in an era where “journalism” involves giving publicity to anyone who will say or do the most outrageo
us, inflammatory things.  *Don’t worry about the truth.  It’s time to entertain.*

I covered a lot of trials during my time as a drive-by.  I can’t tell you how many times the facts of the case — at the end of the trial — turned out to be radically different from the pret 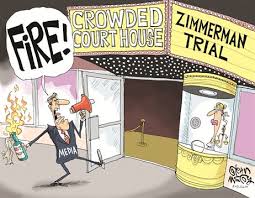 rial spin circulated by the prosecution, the cops, and the defense.

Drive-bys regularly broadcast details that the judge has disallowed from consideration by the jury.  The public absorbs these details, then can’t understand how the jury came to the verdict they came to.

The drive-bys are a cancer on our country.  Stop supporting them via cable / satellite service.  Stop subscribing to them.  Their ad revenue, ratings, and circulation figures are already plummeting.  You can get 100-fold more truth from following web sites like this one than you ever will from a McClatchy-produced rag or a stupid TV “news” show.  The drive-bys are destroying our country. Stop aiding and abetting them with your time, attention, and money.

One thought on “Is there even a thimble-full of decency or shame left in the drive-by media?”