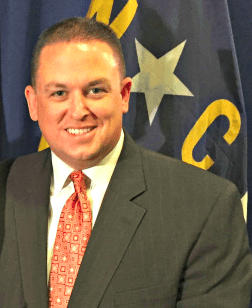 I’ve long been a fan of Mark Meadows.  That’s why it’s hard for me to believe that he would aid -and-abet politics-as-usual.

Filing for the March 2020 primaries ended Friday.   Meadows announced on THURSDAY that he was retiring from Congress for unspecified reasons.  The district was made a wee bit more competitive, but is still strongly Republican.

Again, filing was set to end FRIDAY.  Not much time for folks to organize and file for the seat.  Perhaps the boss (Meadows)  did a solid for his loyal aide?

Nevertheless,  a total of TWELVE candidates — including King — filed on the Republican side in the 11th district.

Apparently, conservatives in the district are heavily favoring Lynda Bennett of Maggie Valley.  So, conveniently,  some rumors — shades of Garland Tucker — leaked out that Bennett was allegedly not a big fan of President Trump.

Shadowy attempts to sandbag conservative candidates go back  to the first tenure of NCGOP chairman Robin Hayes, who is currently under federal indictment.  Former GOP legislator Fern Shubert outright accused Meadows aide-turned-congressional candidate Wayne King of trying to force her out of the state auditor’s race while he was state party vice-chairman under now-indicted Robin Hayes.

Sources tell us there are close personal ties between Wayne King and consultant Andy Yates, who was the mastermind behind the scandal-tainted 2018 Mark Harris congressional campaign.  It will be interesting to see how close, if at all, Yates gets to the 2020 King campaign.

4 thoughts on “Is the attempted field-clearing & mud-slinging in the CD-11 GOP field all for the benefit of Wayne King?”