Well, the smoke has cleared.  The votes have been counted, and Ted Cruz and Donald Trump — the two favorites of grass roots conservatives — were standing on top of the hill with the most votes.  The results should thin the herd a little.  The money will start being funneled more to the folks who look like they have a real shot at 1600 Penn.  On the Democrat side, Martin O’Malley is hanging it up.  There’s still a crowd of folks on the GOP side who appear to have overstayed their welcome. (Yes, we’re looking at you: Jeb Bush, Jim Gilmore, Carly Fiorina, Rick Santorum, and Mike Huckabee.)

The talking heads are busy spinning away on this vote.  Meanwhile, the campaigns and the rest of the traveling circus are heading off to New Hampshire for the next big test.  After that, the Carolinas will be at ground zero for this political traveling circus.  We’ll be seeing and going through an awful lot of what Iowa and New Hampshire have been seeing and hearing. 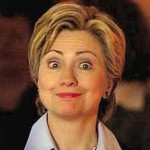 What can we take away from Iowa?  Here are a few things we noticed around here at Haymaker HQ:

13 thoughts on “Iowa Caucuses: What did we learn?”