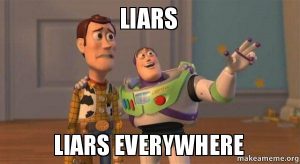 Reports of conservative activists in western North Carolina being allegedly persecuted and harassed over “party disloyalty” for the offense of criticizing the ruling NCGOP junta in Raleigh have us thinking.

The GOP platform, at the state and national level, clearly lays out what you’re voting for if you pull the Republican lever on election day.  But, are you getting that?  Is it arguable that elected officials who ignore the party platform while in office are the ones truly being disloyal to the party?  Let’s take a look at that.

[…] 2. Economic freedom is essential to human liberty and dignity. It preserves the inherent right to liberty and ownership of private property. To protect this inherent right, government must provide an environment for individual initiative and enterprise. We support encouraging economic growth through reduced regulation and taxation, and we oppose corporate welfare. […] 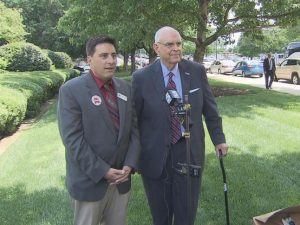 The GOP majority on Jones Street has been fine-and-dandy with special deals and favors for private corporations.  Especially those who have lobbyists who throw a lot of cash around.

The GOP majority has approved such deals, and has sat silently by while Govs. Perdue, McCrory, and Cooper have  executed such deals in the name of “economic development.”

[…] 5. The Second Amendment guarantees the right of the individual to keep and bear arms. We support the constitutional ownership, sale, purchase and carry of firearms by law-abiding citizens. Further, we support reducing the number of “gun-free zones”. Gun owners have a right to confidentiality. Personal information acquired by government agencies for gun purchases and permitting should be available to law enforcement for investigative purposes only and not for public record. […]

3. Government retirement and pension plans should be privately owned and portable.

The lottery is STILL HERE.  Nothing has been done about #3 either.

Here’s more from that same section:

6. No State funds should be spent without an explicit appropriation. We oppose “slush funds” as rewards for political support. Raiding of dedicated funds should not be allowed except in an emergency as determined by law. Every bill heard in committee should receive a recorded vote. The budget bill should be made public at least two legislative days before the final vote in each house.

We’re not even close to meeting THAT one.

7. We support the issuance of a driver’s license or state identification card only to those who are lawfully present.

There is a group of Republicans in the House who regularly introduce legislation trying to give illegal aliens driver licenses.

The Republican majorities rammed an extension of the mandate through the General Assembly.  (I think about 90 percent of the GOP House caucus supported this move.)

Ticked off, yet?  Here is the national GOP platform approved in 2016:

Republicans consider the establishment of a pro-growth tax code a moral imperative. More than any other public policy, the way government raises revenue — how much, at what rates, under what circumstances, from whom, and for whom — has the greatest impact on our economy’s performance. It powerfully influences the level of economic growth and job creation, which translates into the level of op- portunity for those who would otherwise be left behind. Getting our tax system right will be the most important factor in driving the entire economy back to prosperity.

[…]Our proposal is straightforward. Wherever tax rates penalize thrift or discourage investment, they must be lowered. Wherever current provisions of the code are disincentives for economic growth, they must be changed.[…]

Meanwhile, our Republican majority in Congress is balking at killing the taxes introduced in the enactment of ObamaCare.

Here’s what it says on health care: 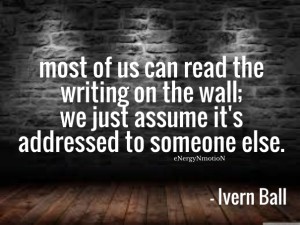 Any honest agenda for improving healthcare must start with repeal of the dishonestly named Affordable Care Act of 2010: Obamacare. It weighs like the dead hand of the past upon American medicine. It imposed a Euro-style bureaucracy to manage its unworkable, budget-busting, conflicting provisions. It has driven up prices for all consumers. Their insurance premiums have dramatically increased while their deductibles have risen about eight times faster than wages in the last ten years.[…]

We agree with the four dissenting judges of the Supreme Court: “In our view, the entire Act before us is invalid in its entirety.” It must be removed and replaced with an approach based on genuine competition, patient choice, excellent care, wellness, and timely access to treatment.[…]

Anybody notice how many elected Republicans on Capitol Hill would not vote for repeal, replacement or repeal AND replacement?

We’re getting lied to — PLAYED — on a state and national level.  Will you continue to reward people who run for office embracing a conservative platform but embrace the statist agenda when in office?  Withhold votes from the liars and the frauds.  Reward those who haven’t forgotten who they really serve.  A ballot with just one candidate marked is just as valid as one completely filled out.

23 thoughts on “How’s THIS for “party disloyalty”?”