I am not 100 percent sure about the merits of the people — or of their arguments — that make up the current mess that IS the Haywood County GOP.   But I am sure that I don’t like the idea of three or four people — Michele Mix, Robin Hayes, Dallas Woodhouse, and Tom Stark — huddling up to decide WHO CAN and CANNOT be a Republican in North Carolina.

I remember the big fight to kick Moore County’s very own Richard Morgan out of the party. The debate and the vote occurred out in the open at a party business meeting.  The Haywood County matter has been carried out via secret closed door meetings and nasty letters from the party attorney.  WHO gave the party attorney the authority to threaten Republican activists?  What legal standing does the NCGOP have — without a court order or binding restraining order — to bar people from property the party does not own?

NCGOP vice chairman Michele Nix — an alleged Tea Partier and alleged foe of the establishment — has been out in force on social media trashing NCGOPe critics and defending the actions coming from NCGOP HQ.  Here’s some of the action from her Facebook page today: 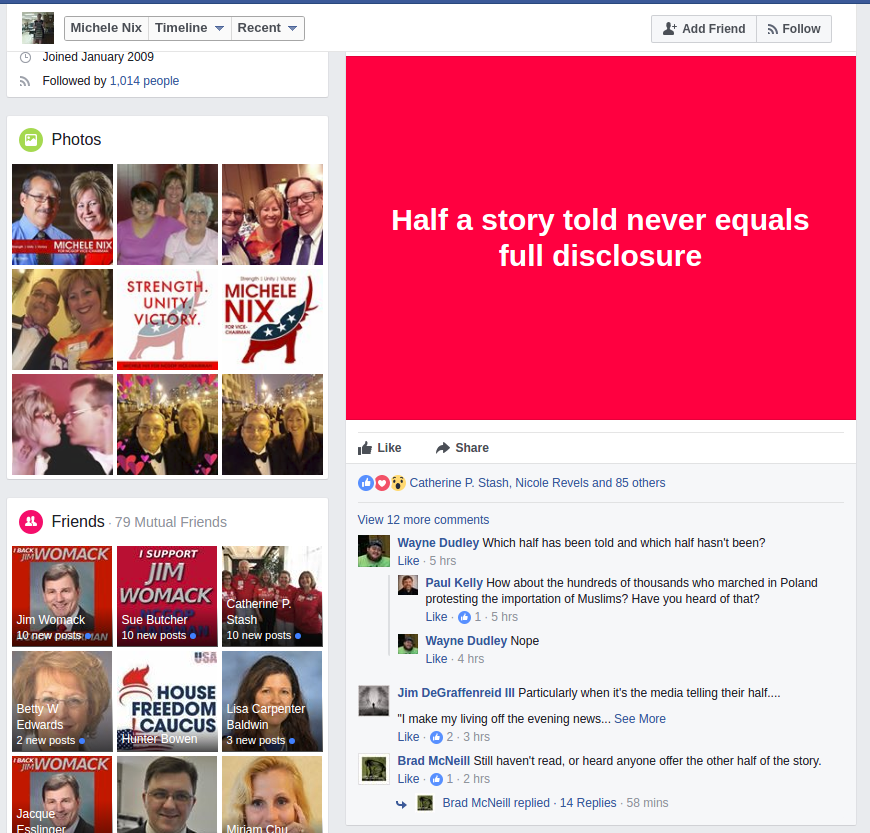 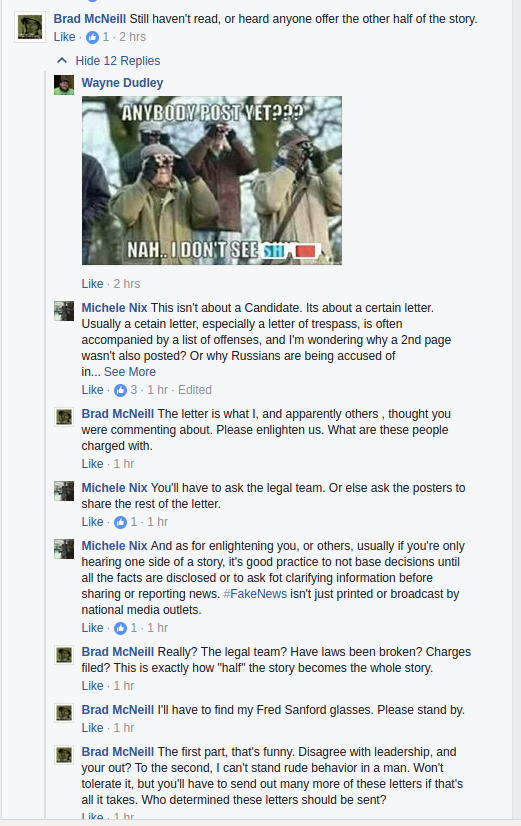 Wow.  So, we’re apparently #FakeNews for publishing the actual letter sent out by the actual NCGOP attorney?  I’d say a more accurate use of the adjective FAKE would be applying it to someone who runs for an office, like — say – party vice chairman, claiming to be an anti-establishment Tea Party rebel but then gets mighty comfy right after the election with that same establishment she bashed.

Hmmm.  Mrs. Nix’s “ask the legal team” responses when pressed for details sounds a lot like some of the sketchy tactics used to take down duly-elected NCGOP chairman Hasan Harnett.  Very similar.

To calm Mrs. Nix’s nerves, here is the all-important second page of the nastygram sent out by party attorney Tom Stark: 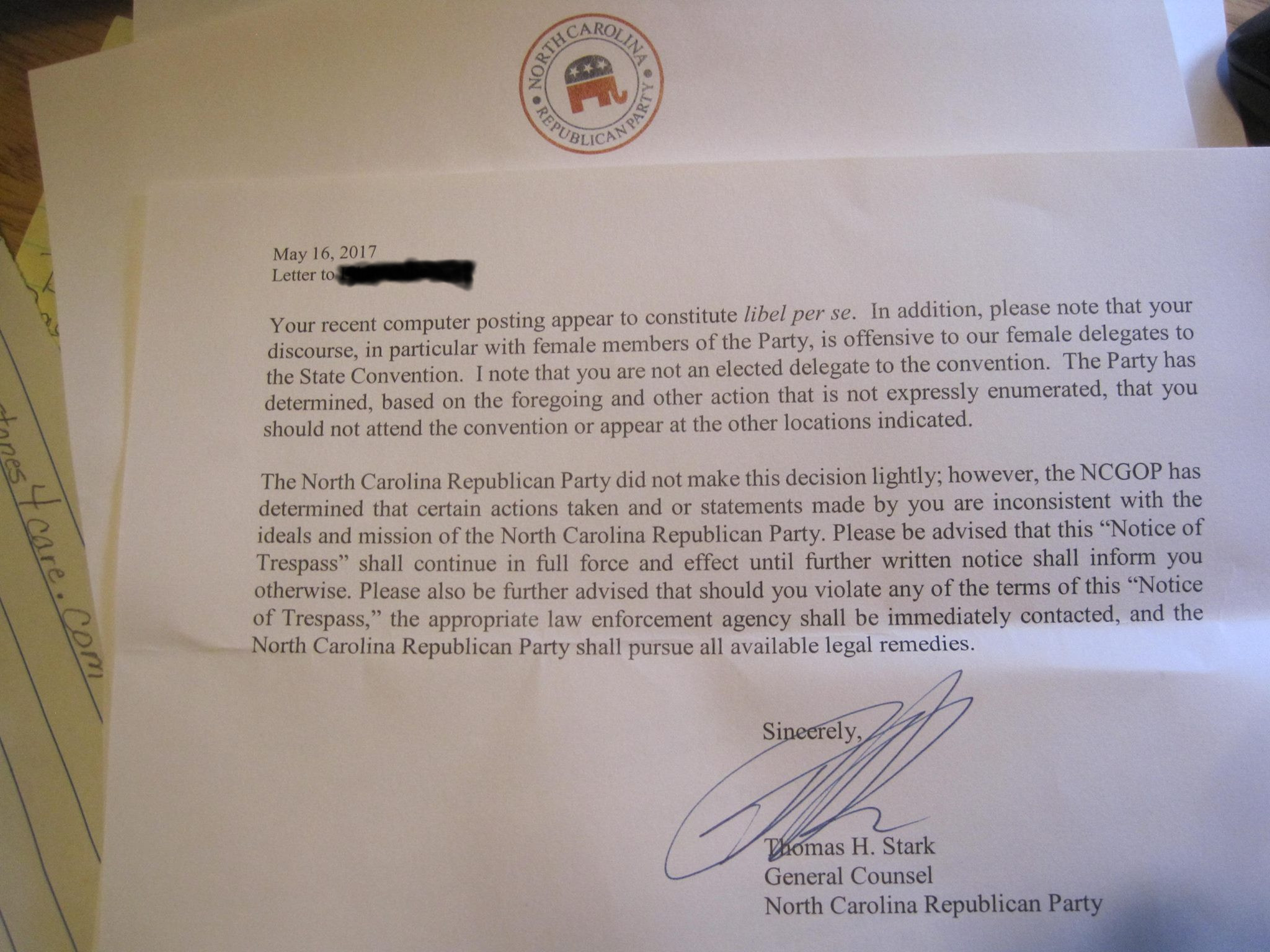 Libeling the Republican Party ????  Can you DO THAT?  (*Man, if that’s the case, the Democrats and the driveby 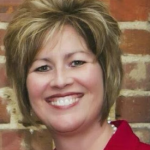 media will surely provide a target-rich environment for the ambulance chasers out there. SUE THE N&O.  Yee-ha!*)

Send these out to everyone who has EVER criticized NCGOP leadership, said something crude, or posted something crude on social media, and you’re going to have one empty convention hall.

Seriously, though.  Who approved this guy sending out these threatening letters? 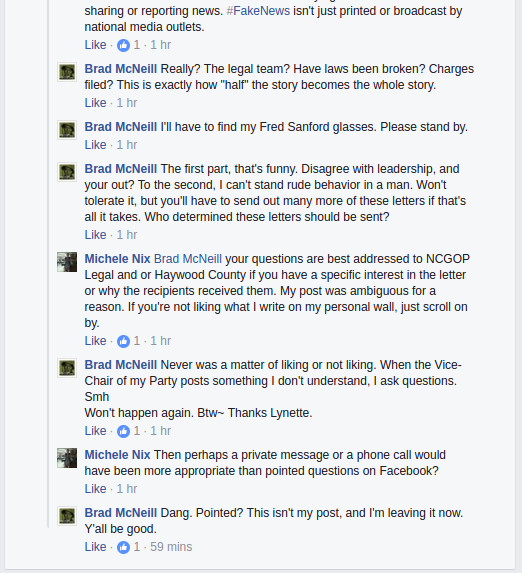 The party sent out threatening letters to Republicans.  And the party vice-chairman will not answer questions about WHO approved the sending of said letters.  If it is merely a Haywood County matter, WHY are the state party vice chairman, the state party attorney, and state party stationery involved?

By the way, the “offensive to female delegates” matter involves a Jib-Jab video — albeit crude in content — featuring a Haywood County GOP official and Dallas Woodhouse.  Childish? Yes.  Crude? Yes.  Worth siccing the lawyer on the creator(s) and banning them from GOP functions?  DE-batable.