THAT looks like what Barry Obama is trying to do here in the waning days of his regime.  But four attorneys general — ours, who doesn’t do a damn thing, is of course not part of this — are suing to stop it all:

Top law enforcement officials in four states filed suit Wednesday to delay the Obama administration’s proposed giveaway of a critical Internet agency to an international authority, saying the grantee would have the power to “effectively enable or prohibit speech on the Internet.”

The administration’s plan to sign ownership of the Internet Assigned Numbers Authority over to international Internet Corporation for Assigned Names and Numbers on Friday would consign the critical function of governance to an international community, the complaint contends, rendering the Web vulnerable to censorship by foreign powers, despite what the rules say.[…]

[…] “ICANN has a documented history of ignoring or operating outside of its governing bylaws,” AGs argued in the complaint. “In addition, even under NTIA’s [National Telecommunications and Information Administration] oversight, ICANN’s current practices often foster a lack of transparency that, in turn, allows illegal activity to occur.

“Nothing protects the Plaintiffs from additional occurrences of ICANN oversight failures or actions outside of ICANN’s bylaws that could expose Plaintiffs to significant expense or harm through illegal activity,” the AGs added.

The complaint names as defendants the NTIA and top agency official Lawrence Strickling, as well as its parent agency, the Department of Commerce, and Commerce Secretary Penny Pritzker.

Plaintiffs additionally contend NTIA violated administrative law and statutory authority by failing to conduct the process in a more transparent manner, or obtaining authorization from Congress.

“Because the federal government defendants’ planned actions of ceding control of the Internet would tortiously interfere with the plaintiffs’ contractual relations, they are unlawful and should be set aside,” the AGs said.

The administration has sought for several years to complete the transfer. Congressional critics, most notably Texas Republican Sen. Ted Cruz, have attempted to block the transfer.

The effort manifested most recently in an attempt to block funding for the transfer in a continuing resolution, which Congress needed to pass in order to fund the federal government. However, the measure passed both chambers on Wednesday without an injunction against the transfer. 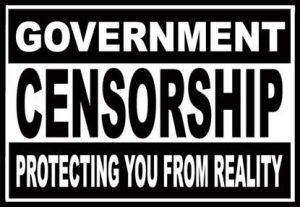 What do you want to bet that this has some kind of roots in a Clinton Foundation donation?

Our gutless Republicans in DC agreed to strip any language about the transfer to ICANN out of the Continuing Resolution that passed the other day.  A great piece of leverage just tossed aside.

The Internet has been a great conduit for freedom. EVERYONE has the power to become their own newscaster.  And THAT is scary to authoritarian statists. Senator Richard Burr has co-sponsored the Cruz bill, but he didn’t speak up for keeping the Cruz language in the CR.  Thom Tillis is reportedly ”thinking about it” — whatever the hell that means.  (Likely, he’s checking to see if there are any opportunities to pick up a little cash with his vote.)

You can sit quietly by while another piece of our freedom gets chopped off and tossed away.  Or you can make your voice heard.

8 thoughts on “Handing over The Internet to Third World Goons?”