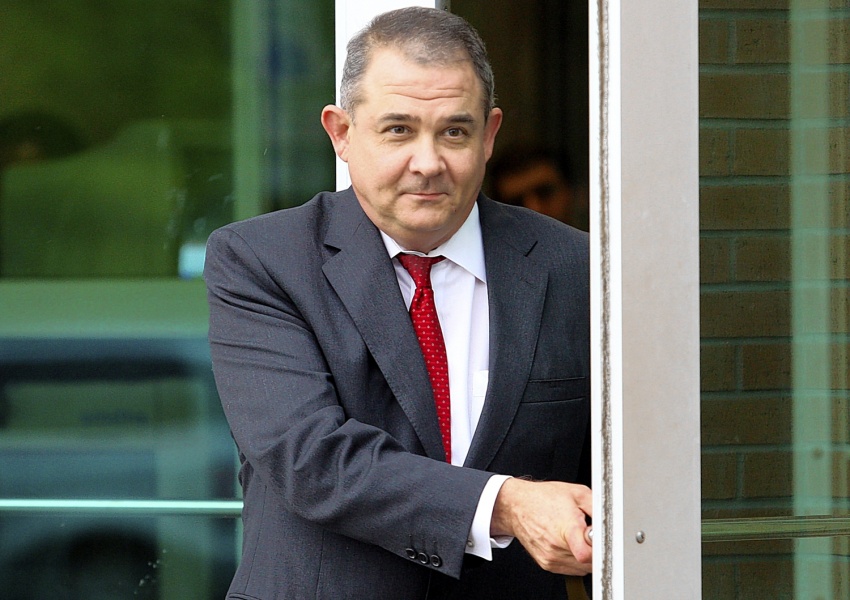 Stephen Laroque has really taken us on a roller coaster ride during his time in Raleigh.

The former GOP lawmaker was a supporter of Richard Morgan’s 2002-2006 alliance with former inmate — and House Speaker — Jim Black.  Laroque survived an Art Pope-financed primary challenge, but went down to defeat at the hand of a Democrat challenger.

Laroque came back with a vengeance against his Democrat foe — eventually regaining his seat in the legislature’s lower House.  Shortly after his return to the House, Laroque scored points with us for a verbal takedown of NC NAACP’s Bill Barber.    A lawsuit — stemming from the brutal comeback campaign — brought allegations of fiscal impropriety against Laroque into the public arena.

When the GOP took the House in 2010, House Speaker Thom Tillis elevated Laroque to the chairmanship of the powerful Rules Committee.  [Just like in Congress — the Rules Committee has a HUGE say in how an introduced bill proceeds, or whether it proceeds at all.  The chairmanship typically goes to a strong ally of the speaker who can be counted on to push the speaker’s interests in the chamber.  ]  The Kinston Republican was sitting on top of the world.

That world came crashing down in July 2012 when he was indicted by a federal grand jury over the financial allegations raised in the earlier campaign-based lawsuit.   Initially, a trial was slated for October 2012 — right in front of the election.  An awful lot of powerful Republicans in Raleigh were holding their breath over that possibility.  Speaker Thom Tillis and others publicly called for Laroque to resign his seat before the election.

Well, we finally got a trial.  During courtroom testimony, Laroque claimed he was Speaker Thom’s ‘right hand man’ and that he did nothing illegal.  The jury obviously was not impressed.

I am sure there is some private giggling going on.  Democrats will talk some junk, but they need to be reminded that corruption is a statist, ruling-class, bipartisan problem.  For every Stephen Laroque (R), there is a Meg Scott Phipps (D), or Jimmy Green (D) or Mike Easley (D).

Laroque’s troubles came from his management of a government subsidized loan program aimed at providing financial to residents of poor rural areas.  Unfortunately, Laroque’s immediate family attached themselves to the program. Some of Laroque’s colleagues in the legislature — wealthy business people — got their hands on some of these low-interest and no-interest loans.  Playing with other people’s money can be fun.

Why is government in the business of handing out loans?  If you’ve got a decent business plan that makes sense and you are a person of good character — you can find a bank OR private investors to front you some capital.

A lot of commentators lament about how to clean up government.  An easy solution?  Starve government. Cut its sphere of  influence.  Bleed its coffers of cash.  Every time you create a new government program or regulation, you create a new group of people who want to benefit one way or another from said program or regulation.  They hire lobbyists to pass around cash to politicians ensure that they DO get to benefit.

Instead of passing new laws requiring lawmakers to fill out reams of paper about every person they go to dinner with or get a gift from — try removing government’s talons from some sectors of our society.  That reduces the need to peddle influence or pass around cash.