Former state legislator Nathan Ramsey (R-Buncombe) simply attempted to pat his former colleagues on the back this week: 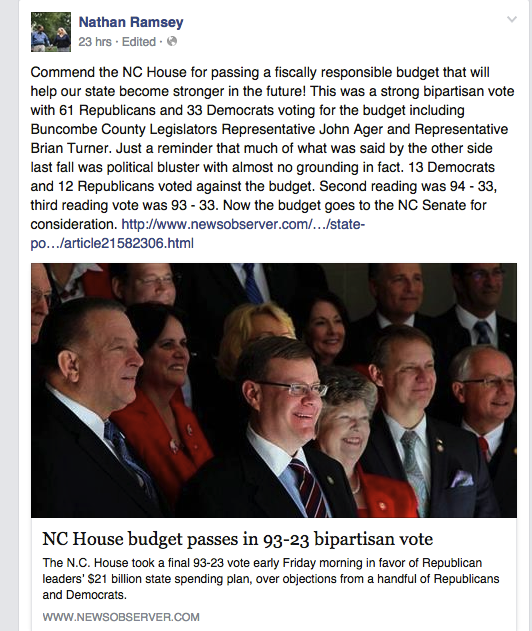 That set off a debate that drew in current and former legislators, as well as some steamed members of the grassroots: 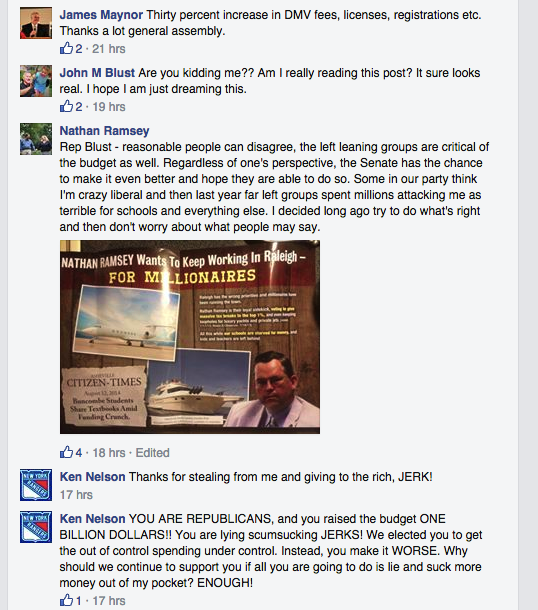 16 thoughts on “Grassroots anger bubbling over on NC House budget”