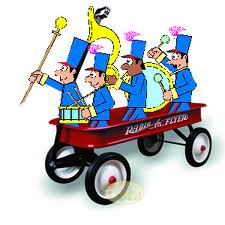 Rush had the theory some time back that the DC Republican Ruling Class is putting out the following message to Republican activists and officials around the country:  Get behind Romney if you want to be  a player in this party ever again.  Watching the recent actions of certain Carolinas Republicans is giving that theory a little more credibility with me.

S.C. Governor Nikki Haley’s endorsement of Romney was truly disappointing. She rode a wave of strong Tea Party support to the governor’s mansion in Columbia.  The Mittster is the kind of Republican that made so many average ordinary people get mad and take to the streets under The Tea Party banner.    North Carolina congressman Patrick McHenry (R,  NC-10), is another strong conservative also got on the Romney bandwagon rather quickly.   North Carolina’s senior U.S. Senator Richard Burr   — who has his eyes on the Republican Whip job — jumped on the Romney bandwagon this week. (Burr was an early rider on the McCain bandwagon in 2008, and we all know how well that worked out. )  Former U.S. Senator Elizabeth Dole, whose stellar on-the-job performance gave us six years of Kay Hagan, jumped on the Romney bandwagon too.  Her husband Bob, who ran that masterpiece of  presidential campaign in 1996, had already endorsed Romney.

All of these folks have cited Romney’s alleged record of strong financial management and job creation.  (Um, are you familiar with Taxachusetts … er … I mean, MASSACHUSETTS?)  All the news coverage I remember from his time as governor basically talked about him being rolled by Democrats in the legislature.  And, financial management.  Hmmmm.   Did you all see Pretty Woman? Romney was pretty much the Richard Gere character.  The Mittster and his company specialized in buying up troubled companies, breaking them apart, then selling off the pieces.  I am a capitalist.  I’ll never begrudge anyone’s efforts at making a profit.  But Romney’s record is not one of a job creator or entrepreneur.  He has been, more or less, a vulture.

I believe the same message being sent by the national GOP is being echoed by the NCGOP regarding Pat McCrory.  Word I’m getting out of Charlotte and Raleigh is that Art Pope — conservative hero and satanic demon to The Left — is gung-ho behind McCrory.  Pope spearheaded primary challenges against ideologically -challenged GOP legislators like Richard Morgan.  Yet, he seems to have little problem with McCrory, who has exhibited  much of the same liberal-to-moderate governing style as Pope’s primary targets.  Granted, McCrory is the only choice out there right now, and many many many people want Bev gone.  But, have we really won if we replace Bev with someone who — physical anatomy and gender notwithstanding — is not all that different from Bev?

( Also, what happens if  ol’ Pat gets hit with an Anthony Weiner / Herman Cain-type scandal?  What’s PLAN B?)

A lot of establishment Republicans dismiss conservative griping with comments like: “Where else are you gonna go?”

There is a concept in business called “creative destruction” — tearing something down and apart for the purpose of making it better.   Instead of donating funds and sweat equity every two years to candidates who throw us under the bus, what if we conservatives took the advice of John Galt in Atlas Shrugged and just dropped out of the game?  What if we stopped sending our checks to the GOP? What if we stopped volunteering for these candidates and going to the polls?

You’d have far more 2008s than 2010s.  Studies from 2008 show that McCain, Dole, and McCrory DID NOT turn out the conservative vote in November.  They weren’t talking to conservatives.  They didn’t give conservatives a reason to fight for them.  Why bother getting down in the trenches for a Republican who is really not all that different from the Democrat in the race?

One thought on “GOP: Get On the bandwagon — or else …”