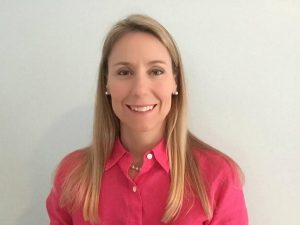 ridiculous, get a load of what this same crowd is doing on the next “outrage” on the list.

Break out your tissues and brace yourself for THIS driveby sob story:

The 2018 elections might seem like they’re on the distant horizon, but one lawyer has decided to announce her plans now to seek a seat on the state Court of Appeals.

Earlier this week, Judge Rick Elmore, a Republican on the 15-member court, announced that he would not seek a third eight-year term, according to The Associated Press. Elmore announced his plans early to give others a chance to mull a candidacy in what once again has become a race subject to partisan elections.

Elmore, 66, would not have been allowed to serve a full eight-year term had he sought election and won in 2018. North Carolina law makes 72 the mandatory retirement age for judges.

Allegra Collins, a 45-year-old Raleigh-based attorney who teaches at Campbell University law school and often represents clients at the state appeals court and N.C. Supreme Court, announced on Friday her plans to seek Elmore’s seat in the 2018 elections. 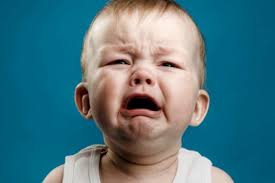 Collins, a Democrat who started her law career as a clerk to former appeals court judge Linda Stephens, said she would “endeavor to continue” the “fair and impartial work” of Elmore if she were successful at the polls.

Though North Carolina’s appeals court judges have run in the past in nonpartisan races, the General Assembly recently changed the law to make all judicial races — from the district court level to the state Supreme Court level — partisan.

Each party will hold primaries to select which names will be on the general election ballots.

Collins, a mother of two who is married to Wake County Superior Court Judge Bryan Collins, said she has been troubled by other government branches describing the judiciary as too partisan. Earlier this year, the General Assembly reduced the size of the appeals court to 12 seats, a Republican-backed measure that limits Democratic Gov. Roy Cooper’s power to appoint replacements to the bench. The

appeals court hears cases in panels of three. The seats were to be eliminated as judges retired.

Cooper vetoed the law, but the Republican-controlled General Assembly overrode the veto. The law is now being challenged in court.

“I don’t think the judicial branch has become more politicized from inside the branch,” Allegra Collins said. “The judges have done a good job of trying to keep their heads down and stay true to the law.”

“Because of the law I have to run as a Democrat,” Collins said. “But my judicial philosophy is not to be partisan but to be fair and impartial.”

HAVE to run as a Democrat?   First of all, sweetheart, you don’t HAVE to run for anything.  Second, YOU and YOUR HUSBAND are both registered to vote as Democrats.  So, running as a Democrat would be a little 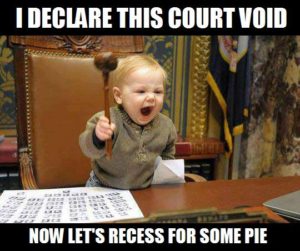 something called TELLING THE TRUTH.
As a side note — longtime readers of this blog may remember the role her hubby played late in the 2014 Republican US Senate primary.  Judge Collins decided to preside over hearings for a lawsuit where the defendant was Dr. Greg Brannon, then a leading candidate in the GOP field seeking to take on Democrat US Senator Kay Hagan.  Collins made several controversial decisions during the case that led to at least one complaint being filed against him.  The complaint alleged that he had a conflict, and should have recused himself, because he was a 2008 donor to Kay Hagan’s campaign.
*Gotta looooooooove that Collins family commitment to non-partisanship.*