Tami Fitzgerald has spent a lot of capital to position herself as the Fairy godmother of family values.  She was out front on the 2012 marriage amendment to the state constitution.  She was also out front in the fight to pass, and protect HB2.    Fitzgerald, despite her role as a lobbyist (and senator Chad Barefoot’s mother in law), had built up all kinds of anti-establishment street cred.

All of that has gone up in smoke thanks to a rather mealy-mouthed, less-than-honest email sent out in her name today:

I want to commend to you Robin Hayes as our NCGOP Chairman. Robin deserves our praise and our votes for re-election as Chairman.

As a former Finance Director for the NCGOP, I realize that the Party’s Chairman’s main 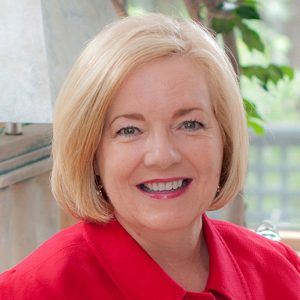 WHERE, pray tell, did Jim Womack pledge not to raise money?  If you ask the people in Lee County, he’s done one hell of a job of revitalizing the local GOP in a Democrat stronghold.

[…] As unfortunate as it is, money is what keeps the Party going and those conservative ideals winning. Robin has been excellent in his role of raising money to sustain and grow the influence of the Party in the North Carolina political scene. There are no good arguments for electing an inexperienced fundraiser as Party Chair. Robin Hayes is both adept and experienced, and he is good at it![…]

Let’s take on her exaggerations, mistruths, and utter bullcrap one at a time.  First, FEC records  show that Hasan Harnett — deposed in a coup and replaced by Hayes last year — actually raised more money than Hayes did.

Second, adept and experienced and “good at it”? FEC records show Hayes was outperformed by Claude Pope, Linda Daves AND Hasan Harnett.  We’ve also learned that a lot of his fundraising, um, “prowess” comes thanks to his

mama’s FAT bank account.  (And it also helped that Hayes’s co-conspirators on Jones Street sabotaged Harnett by pulling their funds out of party accounts just prior to the coup. Of course, they put the money back IN after Robin was installed by the coup plotters.  What a fundraising bonanza!)

In addition, the Party Chair should be someone who is level-headed and can coalesce the different factions of party activists. Robin is exactly the right leader to do just that, and he has already demonstrated his skill and wisdom in leading a Party that is diverse and sometimes contentious. He does a good job of considering all viewpoints and bringing people together.[…]

Seriously, Tami?  Did you miss this video from Tampa in 2012?  Robin did his best LBJ impression in bullying his very own delegates.   And wisdom ????  (Have you actually listened to the man TALK?)

And LEADING THE PARTY?  I’ve seen more Robin Hayes in the last few weeks than I’ve seen the whole year.  NCGOP has been sending out Dallas to counter Wayne Goodwin at public forums.  (But Robin has been getting his jet fuel paid for.)   The driveby media has, on occasion, referred to Dallas as the party chairman.

[…] Finally, when Robin Hayes was NCGOP Chair in 2012, he helped get the Marriage Amendment passed with specific effort from the Party. A representative from the NCGOP sat on our steering committee for Vote FOR Marriage NC, at the behest of Chairman Hayes, and the Party engaged in getting people out to vote for the Marriage Amendment. He is a solid social conservative, as his record in the NC Legislature and in Congress testify. Robin shares our values on marriage, life, and religious liberty.

I know that sometimes the race for Chairman of the NCGOP is contentious, and people disagree. But I can highly recommend Robin Hayes to you as an experienced leader and fundraiser who shares our values![…]

The marriage amendment had a 70 percent approval rating, and passed by about that much.  How hard did you honestly have to work to sell it?

And while Hayes was in Congress, he decided to align himself with The Ripon Society — a liberal group devoted to, among other things, purging the Republican Party of “The Religious Right.”

And let’s not forget Hayes’s passion for Lysol.  I wonder if THAT is an example of the shared values Tami trumpets in her email.

Jim Womack has solid backing within the religious conservative community, and that has the NCGOPe running scared.  See all of the nasty attacks on Jim’s wife, and stuff like Tami’s dishonest email as evidence.

It’s amazing how you can make all kinds of noise about family / traditional values, but then turn around and throw your support behind someone who has aided and abetted the screwing of religious conservatives in recent years.  (You know, like putting Mark Harris out there in the 2014 Senate race but NOT giving him a single dime from your fat bank account.)

See?  Everybody DOES apparently have their price.  Hopefully, Tami’s was more than thirty pieces of silver.