Somebody needs to get some rabies vaccine over to Low-T HQ on McDowell Street POST-HASTE: 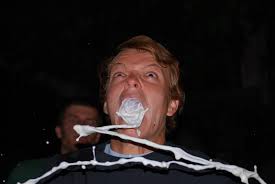 One reason that Republican state House Speaker Thom Tillis is having a tough time in his race for the U.S. Senate against incumbent Democratic Sen. Kay Hagan is the dismal and mean-spirited record he helped create as leader of the General Assembly’s lower chamber.

From voter suppression to a ridiculous (and thanks to the courts, irrelevant) anti-gay marriage amendment to the cuts in unemployment benefits to the state’s refusal to expand Medicaid rolls at no expense to North Carolina, Republicans in the House and the Senate have been an embarrassment to the state.

An embarrassment?  Seriously?  How about that Democrat House speaker Jim Black being led off in chains for taking bribes?  Now, THAT was embarrassing to our state.

I tell ya — it’s one thing to read something like this in The New Republic or The Nation or Indyweek.  It’s another to read it in a publication that claims objectivity while operating under the constitutional protections of the First Amendment.

Expanding Medicaid at NO EXPENSE to North Carolina?  Where do these rocket scientists think DC’s money comes from? The Cash Fairy ????

For state House seats in the Triangle, The News & Observer is recommending the replacement of sitting Republicans with Democrats. The Rep 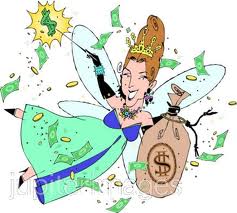 ublicans have shown no compassion for the disadvantaged, no empathy for the unemployed and a callous disregard for public education.

Callous disregard for public education?  Increasing spending by ONE BILLION is callous disregard? It can be argued that cutting taxes and regulations creates an environment conducive to making new hires and taking people off of the dole. Cutting the time people could collect unemployment produced an *amazing* spike in the number of people suddenly entering the workforce.

Back during the good old days of The Cold War, we used to giggle at seeing anti-capitalist crap like this being disseminated by Pravda and Izvestia.  Now, we’re living through what the poor people of Russia and Eastern Europe dealt with then.  The market needs to go ahead and put angry leftist crap-manufacturers like this out of their misery.  This rag — and all others like it — need to finally go the way of the dodo and the dinosaur.

4 thoughts on “Foaming @ the mouth in the N&O newsroom!”