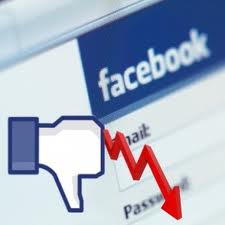 State Treasurer has typically been one of those races that stays below the political radar.  Everyone seems to focus all of their attention on more glamorous presidential, congressional and gubernatorial races.  But the hubbub over Facebook’s fiscal  faceplant following the debut of its IPO has led to a lawsuit that has brought North Carolina state treasurer Janet Cowell some unwanted attention during a tight reelection bid:

North Carolina Retirement Systems – which includes most notably the pension fund for retired NC teachers and state employees – has become the lead member of a coalition of pension funds joining up with the class action lawsuit against Facebook. According to the article: “North Carolina alone lost more than $4 million in its Facebook IPO investment.”

The story continues, discussing some details revealed by a law firm jockeying for the lead position of the lawsuit:

Robbins Geller’s latest Facebook filing asserts that the sole trustee of the North Carolina fund has “a longstanding personal and financial relationship” with Erskine Bowles, the former Clinton administration official who served as president of the University of North Carolina from 2005 to 2010. Bowles also sits on the boards of Facebook and its lead underwriter, Morgan Stanley, so he’s a defendant in the securities class actions.

The Robbins brief alleges that Bowles actually hosted a fundraiser for the North Carolina treasurer, who is the sole trustee of the North Carolina pension fund. “In other words, the sole trustee of NCRS — acting on behalf of NCRS and seeking to represent the plaintiff class — just recently received financial support in her reelection campaign from one of the defendants in this action,” Robbins Geller wrote. “Perhaps even more troubling is that none of NCRS’s co-movants even bothered to ascertain these facts or, worse yet, did and remained willing to jointly seek lead plaintiff status with NCRS, notwithstanding these crippling defects.”

In short, it appears that Bowles helped raise funds for State Treasurer Janet Cowell, and in turn Cowell invested millions of state pension dollars in the IPO of a company of which Bowles serves on the Board. In turn, Bowles is now one of the defendants in the class action lawsuit of which Cowell’s retirement system is one of the lead plaintiffs.

Can anyone say conflict of interests?

This sordid affair underscores the need for North Carolina to convert to a 401(k) style retirement plan for state employees and teachers. This removes the conflicts of interests and taxpayer risk for losses and instead enables workers to control their own retirement.

Exactly.  North Carolina’s retirees took a huge hit on an investment — more than $4 million in losses — that Ray Charles and Stevie Wonder could have seen was bad.

Cowell is locked in a statistical dead heat despite having outspent her GOP challenger 120-1.  In case you were interested, her opponent is Steve Royal.

One thought on “Facebook’s woes may blow back on NC treasurer, become election issue”