You know things are bad when your local driveby fishwrap / birdcage liner starts telling you how your town can LEARN from Baltimore.  Yep. 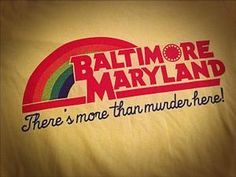 The same place immortalized in the great HBO series “The Wire.”  The SAME place that blew up into total Third World-style anarchy earlier in the year. But The Fayetteville Observer wants its readers to pay close attention to what is happening in that Maryland metropolis:

Poverty in Fayetteville: What we can learn from Baltimore

The riots in Baltimore were a case study of what can happen when poor neighborhoods, already crime-ridden and distrustful of police, disintegrate. While Fayetteville has seen nothing like the violence in Maryland, the persistence and pervasiveness of poverty are almost the same.

*Nice.*  I am sure the local chamber of commerce is doing back-flips of excitement over this.  MORE:

[…] The Fayetteville Observer traveled to Baltimore in June to compare that city’s neighborhoods of concentrated poverty with those in Fayetteville.  On some levels, the comparison is difficult. Baltimore’s impoverished neighborhoods are much larger and far more blighted, with denser populations and higher volumes of crime and drug abuse. […]

In West Baltimore, Fishbein said, children’s lives “are almost third-world like. They eat out of trash cans. They live on the streets. They live under bridges. They are abused, mistreated. Our school systems are really poor. They have no opportunities for advancement, and they don’t know any other circumstances to know how to get out of that.”

Although the conditions are far worse in Baltimore, the factors that trap Fayetteville’s poorest families are virtually the same. 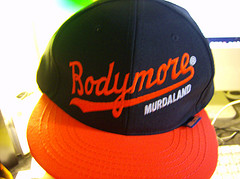 A study released this year by economists at Harvard University — “The Equality of Opportunity Project” — found poor children in Baltimore had the 15th worst chance of climbing the income ladder among U.S. metropolitan areas. Cumberland County is only slightly better at 18th in the rankings.

Other studies draw comparisons between Fayetteville and Baltimore. One, by the Washington think tank the Brookings Institution, found that Fayetteville’s black poverty rate of 26.6 percent was only slightly lower than Baltimore’s rate of 26.8 percent.

The similarities can’t be interpreted to suggest that Fayetteville sits on the brink of a spasm of violence like that seen in Baltimore. But they do suggest that the issues that plague the Maryland city’s poor have their parallels in Fayetteville’s struggling communities.

Connelly-Duggan, who holds a master’s degree in business, has been helping the embattled people of West Baltimore for 22 years, since his parents opened an acupuncture clinic on Pennsylvania Avenue to treat addiction withdrawals. What he says about Baltimore could easily be said about the mindset of too many people in Fayetteville neighborhoods.

Connelly-Duggan said he understands the sense of hopelessness in the community his center serves and the reasons it exists.

What’s the solution to fixing both places — long under the thumb of powerful Democrat political machines?  This driveby has,um, *the answer*:

[…] Among the many reasons for concentrated poverty in Baltimore, one stands out — a long history of racial discrimination.

In 1910, Baltimore adopted an ordinance that restricted blacks to living only on designated blocks. The U.S. Supreme Court struck down the ordinance seven years later, not because it unconstitutionally restricted where blacks could live, but because it restricted the rights of whites from selling to anyone who could afford to buy their properties. […]

Soooooooo — an ordinance from 105 years ago is responsible for the blighted, bloated, bureaucratic mess that is NOW Baltimore?  Brace yourselves. it gets, um, *better* :

[…] Other discriminatory practices and federal housing policies followed, especially in banking, which restricted where blacks could live through a process known as redlining. Generally, bankers refused to make loans to people who lived in an area deemed high-risk.[…]

Liberal do-gooders in DC “fixed” that by giving us things like Dodd-Frank that forced banks to GIVE ANYBODY with a pulse a loan.  Ability to pay it back be damned.  That liberal do-goodery earned us the financial crisis of 2007-2008 that begat us Barry Obama. MORE:

[…] Despite those practices, Pennsylvania Avenue thrived as the hub of social life for black residents from the early to the middle part of the 20th century.

Wait. I thought that 1910 ordinance thingie made things too miserable for blacks in Baltimore.  *Did I read that wrong?* MORE:

[…] But the good times along the avenue began to unravel by the 1960s, in part because of white flight that accelerated with the riots that followed the assassination of Dr. Martin Luther King Jr. in 1968.

In the 1970s, Baltimore’s steel factories and other industries continued a march out of town. Blacks who made a decent living in the steel mills were left without jobs. Many who could afford it fled the inner city for better opportunities elsewhere. […]

Wow.  Not wanting to live or do business in a place where rioting is commonplace.  *How insensitive. How racist.*

You can trace the decline and fall of a lot of things to the 1960s and early 1970s. That was the early stages of Johnson’s Great Society.  Before that period, it was quite common to find black folks living together in wedlock raising children together. From that time forward, the number of people dependent on the government exploded exponentially. We keep spending money on “curing” poverty but the numbers keep getting worse as the government takes more and more money out of our wallets.

Haire’s mother was a school teacher; his father a general contractor. Haire said his parents instilled a sense of responsibility and accountability, not only in their young son, but in nearly every child in the neighborhood.

Parents watched over other people’s kids, Haire said. When a boy did something wrong, he said, his parents were sure to find out from neighbors.

These days, an awful lot of parenting has been subbed out to local departments of social services.   MORE:

Many others familiar with the community said the same thing. Brown — who led the integration of historically black E.E. Smith High School as its principal in 1971 — said parents, schools and communities were the keys to ensuring that black children had models of success.

“I can look back now and say that there were some core values of the people in those so-called concentrated black communities that we don’t have today,” said Brown, who retired as an associate superintendent of Cumberland County schools in 1992. “In the absence of core values dealing with home, church, school, community, there is going to be a vacuum where those core values do not exist, and what is going to fill the vacuum is going to be poverty and violence.”

Today, property crimes are all-to-common in the neighborhoods along Murchison Road. A major reason, Johnson, Haire and Brown say, is that the old guard has moved on or died, and their properties have been handed down from one renter to the next. The sense of community the men described so fondly has all but vanished.[…]