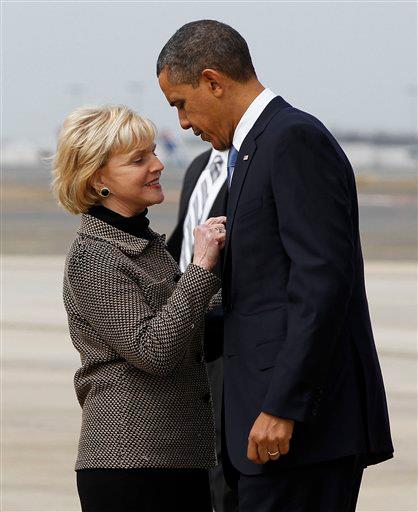 I was out at a social event recently when I ran into an old family friend — a former Democrat legislator who is still active in his party.  I asked him for his thoughts on Big Bev’s surprise departure.  My jaw dropped when he told me he knew Bev was GONE as early as October 2011!

My source told me he got approached at that time by a friend who was a “player” with the State Employees Association of North Carolina (SEANC) – and another person introduced to him as an official with SEIU:

“My friend with the state employees union told me Obama and his boys had asked SEIU to contact the state employees union to put pressure on Bev to step down, to not seek reelection.  The White House had numbers showing Bev hurting Obama in North Carolina.  DC wants North Carolina BAD.  They knew she was going to throw a monkey wrench into things.  These folks from the unions came to me to get me to call her and tell her to get out.”