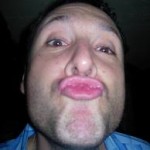 Last week, a measure that would have knocked the solar energy industry off the taxpayer teat, and lowered consumer power bills, went down to defeat in committee by TWO VOTES.   It was a GOP-dominated committee.  Resistance to crony capitalism and taxpayer-funded alternative energy are important components of the Republican platform.  Yet, we have Republicans trying to preserve BOTH.

Civitas has done some excellent work detailing a sordid, unseemly alliance between some GOP legislators, political consultants, lobbyists, and left-wingers to strengthen the solar energy industry’s relationship with North Carolina state government at our expense.

To add insult to injury, the folks behind killing that legislation in committee sent out a thank you note for keeping their taxpayer cash cow alive. So, who got thanked for screwing the taxpayers?  Here’s the Dirty , um, Sixteen (RINOs are in red) :

Again, the bill that would have knocked our electric bills down was defeated by TWO votes.   So, who is this Stan guy who signed the thank-you note? (No. Not this guy.):

Mr. Stan Battersby has over 30 years of experience in project and construction management with an emphasis in green building (LEED), solar thermal and passive solar design and systems installations. Mr. Battersby’s focus is developing utility projects with Southern California Edison and San Diego Gas & Electric as well as being Pristine’s secondary administrator of the Clarizen cloud-based project and construction management software.

Mr. Battersby has a history of vision, commitment and results in promoting renewable energy, energy conservation, and effectively building collaborative alliances. As an early-adopter and entrepreneur in the renewable energy industry, Stan founded and directed the growth of a 125 dealer network of biomass, solar and energy conservation products company. He was appointed to the Michigan Governor’s Energy Committee to establish Energy Fairs throughout the state. Stan contributed and promoted a business model for one of the first Waste to Energy to Food projects in the United States that incinerated solid waste, generating electricity and utilizing co-generation process to heat 5 acres of green houses growing hydroponic produce.

He negotiated and secured both the contract with waste haulers for the Resource Recovery Plant and a $2.9 million dollar per year contract with a Fortune 500 corporation for 3.6 million pounds of produce annually. In addition, Stan established a regional distributing company with a focus on energy efficient structure systems and zero energy construction in the residential and commercial markets. Stan brings to Pristine Sun a unique skill set and experience base focused on renewable energy innovation, application, and business.

I thought this money was about creating jobs for North Carolinians.  THIS GUY appears to be FROM MICHIGAN and working for TWO California companies.  And sucking up a lot of North Carolina taxpayer money.  (The phone numbers in his email have area codes that are NOT found in North Carolina.)

It appears that he’s got at least FIFTEEN legislators from North Carolina working for HIM.

12 thoughts on “Dear RINOs: Thanks for whoring yourselves out. XOXO — The Left”