Apparently the Raleigh Democrat is still punch-drunk from the consecutive whippings she took from Lt. Dan: 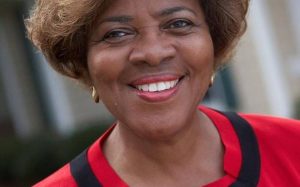 Former Wake County Commissioner Linda Coleman is sounding the alarm on alleged Russian meddling in her campaign for office.

“I am a firm believer in see something, say something,” Coleman said.

Coleman, a Democrat who is running for Congress in House District 2, said this week her staff learned about the alleged meddling after doing a Google search for her name. Coleman said that the site administrator sold her old website to someone from Russia. […]

*Can’t you just see the ex-KGB / James Bond movie villains sitting around that dark smoke-filled room in Moscow scheming about how to GET LINDA COLEMAN ???*  (Nine out of ten people in  downtown  Pinehurst couldn’t tell you who she is.  Are we to believe that Moscow schemers CAN?)
By the way, the site in question is the top result when you Google Coleman.

[…] The site in question is an old site from her lost 2016 bid for Lieutenant Governor.

“Underhanded and deceptive strategies like this one only thrive when people choose not to speak out about what they see before them,” she said.

But when users click on one of the links on Coleman’s site – it reveals a page written in a foreign language promoting pills for male sexual enhancement.[…]

Maybe Linda’s right.  Verbiage about “sexual enhancement” could easily be mistaken for leftist talking points.  Wasn’t there a leftist candidate from the Wilmington area a few years back who cut ads featuring kitchen appliances doubling as sexual aids and gynecological implements?
Let’s hear some more about the international conspiracy:

[…] ABC11 contacted MVAR Media, which appeared to be the site’s manager, about Coleman’s concerns.

“MVAR Media does not work for Linda Coleman and we do not manage that website,” the company said in response. “We can’t speak to why she allowed her domain name to expire. The version of the site up now appears to be a copy obtained from Archive.org of an old website we created for her 2016 Lieutenant Governor’s campaign.”[…]

Ouch.   Looks like ol’ Linda got victimized  by some squatters — people who watch for and pounce on expiring internet domain names.  Some reuse them for spam.  Others, if the name is tied to a celebrity or well-known company or product, will use the name as leverage to resell it to the original owner.
These site names are rented for yearly periods.  The Haymaker’s name is paid for on a multi-year basis (and I pay someone to make sure it never lapses from my ownership). 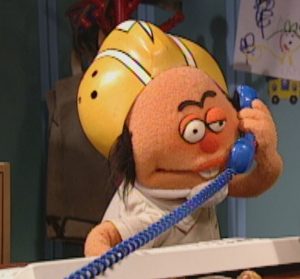 Hmmm.  The lady can’t get elected to the useless post of lieutenant governor.  She can’t keep up with her web site domain name.  Yet she wants us to trust her with the well-being of our nation.

Linda’s opponents had a wee bit of fun with this:

[…] Coleman is running against at least five candidates for the second district.

“This isn’t a hacker. This is a Cialis ad,” said Thomas Mills, a consultant to the Romley for Congress campaign. “If Ms. Coleman can’t remember to renew her web domain, I’m not sure we should trust her to protect us from hackers or Russian campaign meddling.”

Coleman says she was not aware the old site for her Lt. Governor campaign still existed.

“I let it lapse because I started running for Congress. And I no longer needed that domain,” she explained.

And WHY wouldn’t lindafornc.com work for a congressional run FROM NORTH CAROLINA ???
MORE:

Coleman said she contacted the FBI, State Board of Elections and the Department of Justice about the matter.

In a statement to ABC11, the DOJ said:

The NC Democratic Party said it is not aware of any candidates dealing with this issue.

Dallas Woodhouse, executive director of the NC GOP said this about the allegations of Russian meddling:

“Seems like they should direct these questions to the Clinton Campaign and the DNC, since they were conspiring with the Russians.”