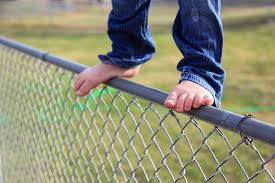 North Carolina is one of the least-unionized states in the country.  The Democrat Party, which owes the unions BIG TIME, is holding its 2012 national convention in Charlotte, the largest city in one of the least-unionized states.  How do you win the hearts and minds of the locals in Charlotte while keeping the union pit bulls happy?  Therein lies the dilemma for BarryO and the boys:

Democratic convention officials Friday rejected a Charlotte man’s claim that his company would be denied business because he doesn’t employ union labor.

The claim by printer John Monteith ricocheted through the blogosphere and provided fresh fodder to Republicans from Charlotte to Raleigh.

Monteith, head of business development for Heritage Printing & Graphics, told the Observer that he was given a blunt message by an official of the convention host committee.

“John, I’m sorry to tell you,” he recalled being told, “we have been told that unless you’re union you’re wasting your time.”

Suzi Emmerling, a spokeswoman for the host committee, said the official – whom neither she nor Monteith would identify – “misspoke.” She also said Monteith misunderstood the bidding process.

Dan Murrey, the committee’s executive director, said union labor has not been a requirement for convention contracts. “The notion that the Host Committee will only allow unionized firms to bid is categorically untrue,” Murrey said in a statement. “The Committee for Charlotte 2012 encourages all firms to submit proposals for goods and services.”

It’s unclear to what extent they’ll use union labor. Convention officials say the firms will use union workers or pay “the prevailing local wage.”

Because North Carolina is the nation’s least unionized state, the twin goals could be hard to reconcile. Convention contract proposals say union participation is just one factor in awarding contracts, along with considerations such as local ties and participation of minorities and women.

After Monteith pitched his story to Redstate.com, a conservative web site, it spread on the Internet. It landed on Politico and the Drudge Report, and on the screens of national and local Republicans.

Republican mayoral candidate Scott Stone, who has repeatedly sought to make the convention’s use of union labor an issue in his race against Democratic Mayor Anthony Foxx, warned against Charlotte workers being “left in the dust.”

On Friday afternoon, the Foxx campaign responded. “Mr. Stone is perhaps the only person in Charlotte who thinks $150 million in local economic impact flowing from the convention is bad,” a spokesman said in a statement.

Here is the post on RedState.com that got it all started:

After working in construction for many years in Canada, John Monteith had had enough of unions calling all of the shots and forcing themselves onto employers.  So John did some research on the United States, and found that one of the best right-to-work states was North Carolina.

John got in touch with an immigration attorney, and worked with him to emigrate legally to the United States at a cost of $40 thousand of his personal money.  Well worth it as far as he was concerned, to have the freedom to run a business without being forced into negotiations and contracts with special interest groups.  So he packed up his bags and never looked back.

He eventually found himself working for a company called Heritage Printing & Graphics.  Originally located in the Northeast, Heritage had decided to open up a large format print shop in Charlotte, NC, and they hired John to help with business development to grow their sales.

The company has done very well in the large format printing business.  Large format are basically the types of signs you see everywhere.  Think of a concert or a sports game.  Now picture all the “enter here” and “ticket booth” signs that find their way into events of that type.  Heritage Printing & Graphics is one of the companies that competes for that business and they did well enough that, when the DNC announced they’d be holding their convention in Charlotte, John was tasked with making the pitch to land some of the work.

According to John, statistically speaking based on their size and clientele, it was a fair bet that Heritage could land at least 25% of the available work which he estimated to be about $1 million.

After continually receiving no return phone calls from the people that would review bids and determine vendors, John started working harder to land the business.  Donuts that he would send to their offices would be eaten, thank you’s would be said, but still no follow ups.  No call backs.  No  business.

Finally, confused and bewildered, John reached out to someone he knew that might be able to help.  He was so shocked and upset at what he was told by this person, that he felt he had to tell the story.  I spoke with him today.

The person that John spoke to is an executive on the Charlotte in 2012 Host Committee who are central to the planning of the convention and how things will operate in Charlotte.  There are only a handful of executive members of this committee, but John refrained from naming anyone specific.  Ultimately, which one it is may not matter.  What does matter is how the conversation went.  According to John, he approached this person to see why he couldn’t get any traction with the committee.

They responded by asking him, “John, are you a union shop?”  When John told him he was not, the Committee member told him, “We were just told that we cannot accept bids unless they are from companies that are unionized.”

When he pressed to find out who to complain to, he was not given a straight answer.  After spending some time thinking about, accepting that the jobs would not go to his company, John decided he wanted his story to be told.  Not for political reasons so much.  He says he thinks that partisanship need not enter into this.

As far as he’s concerned, he was denied the opportunity to even compete for work because unions had already bought and paid for the people in charge.  Maybe he could’ve let it go at that point if not for the fact that the Mayor of Charlotte, Anthony Foxx, hadn’t gone to such great lengths to assure the citizens that this would be a boon for their local economy and an opportunity for the city’s business owners.  With the mayoral election in Charlotte coming next Tuesday, these broken promises of jobs has been something Foxx’s opponent,Republican Scott Stone, has been pointing out.

According to John Monteith, that’s exactly what happened.  The person on the committee that he spoke to specifically asked him if he could unionize his shop in order to make bidding possible.  After already fleeing union bastions like Canada, that was the last thing he was going to do.

Undoubtedly the response from the DNC Host Committee will be to provide a laundry list of companies that they allowed bids for and awarded work to that weren’t unionized.  Companies like Time Warner Cable (which one wonders what else they could’ve done about, but I digress).

The truth is, that is all irrelevant in the face of what John was told about his business.  North Carolina is a right to work state.  No employee can be compelled to join a union.  This is the law.  Apparently, the Democrats in charge of the 2012 convention in Charlotte have found a way to get around that.  In order to get the DNC’s business, companies are being asked to unionize their employees — regardless of if the employees want a union.  And if not, they don’t get the work.  Apparently, discrimination is still legal.

How long until John must find another way to escape the clutches of union control?

North Carolina House Speaker Thom Tillis (R), a resident of the Charlotte area, says he is going to be keeping a close eye on this situation:

The political blogosphere was afire today with outrage over a Charlotte man’s claim that his company would be denied work with the Democratic convention because his business doesn’t employ union labor, Jim Morrill of The Charlotte Observer reports.

But convention officials said that wasn’t the case. A DNC spokeswoman said the official that printer John Monteith talked to “misspoke.” Union labor is not a requirement for convention contracts, committee executive director Dan Murrey said.

Dome notes that when he was asked about the issue this afternoon on Raleigh radio station WPTF 680, House Speaker Thom Tillis, a Republican from Mecklenburg County, said he will be watching to make sure businesses don’t run into that problem. Tillis said he is thinking of setting up a complaint registry, possibly on his website, to flag any problems.