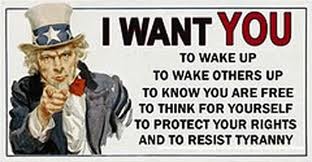 Sadly, I think the answer is NOT ANYTIME SOON.

Hoosier voters have put up solid conservative Mike Pence as their gubernatorial nominee.  They rose up against 36-year RINO establishment US Senator Dick Lugar and tossed him out — replacing him with a solid conservative.

If you look at the May 8th results in North Carolina — there is really not a whole lot for conservatives to hang our hats on.  Of course, there was the amendment passing overwhelmingly.  But ALL THAT DID was to take existing law and put it in the constitution.  It was a conservative victory in the sense that it derailed any attempt by activist judges to create a right to gay marriage.

Look at the legislative races.  The establishment in both parties knocked out various conservative troublemakers.  The Democrat ruling class tossed Jim Crawford and William Brisson for having the guts to say no to pushing the state further into the hole.

Look at the congressional races.  The state and national parties stepped in to stifle dissent at the local level and load incumbents up with PAC money.  As a result, incumbents like Walter Jones, Howard Coble and Renee Ellmers — who faced a lot of voter anger over their support of things like the auto bailout, cash for clunkers, raising the debt ceiling, gay marriage and banning light bulbs — won reelection handily.   The tea party and other grassroots activists had some rallies and made a little bit of noise, but they basically got run over at the polls on election day.

So, we’ve allowed our state to move from a democracy for the people, by the people, to a society where we’re told to bend over and smile while we take our Romney, McCrory and Ellmers.

We’ve got a state party controlled by wealthy scions of Raleigh area country clubs, who are Republican JUST BECAUSE people in their families always have been.  The Republican brand has been watered down.  They like to hide behind the images of Reagan and Helms, but offer us just a little bit less spending and regulation than the Democrats.

The folks in Indiana were successful because their tea party groups got together and formed a political action committee that ran parallel and supplemented the educational efforts of the regular tea party groups. Tea Party groups in North Carolina have killed themselves by putting three, four or more challengers up against RINOs, and splitting the conservative vote.  In Indiana, the unified PAC agreed on ONE standard-bearer for each office.

Who could pull frustrated North Carolina conservatives together?  Art Pope, the force behind John Locke, Civitas, and AFP, seems pretty happy with McCrory, Romney and Burr.  Jim Goodknight, one of the wealthiest men in the state, spends a great amount of his time funding Democrats and establishment Republicans.  We don’t have a Jim DeMint type in elected office.

Dan Forest, in a runoff for Lt. Governor, has great potential.  But the establishment is gunning hard for him in this runoff.  With him, we’ve got a great opportunity to walk the GOP back to the right, where it belongs.

In 2010, Republicans took over on Jones Street — not because the people liked Tom Fetzer’s purty smile — but because the voters demanded radical change that they thought the NCGOP was going to bring them.  Instead, we get a new set of hands on the tax coffers that think spending 1% less than Lame Duck Bev is something to write home about.  A one percent cut is NOT going to save our disastrous economy.

Now that the GOP is in charge in Raleigh and DC, the ideas are being tossed aside in favor of job security.  We’re going back to the duplicitous, vote-buying tactics made notorious by the folks we threw out in 2010.   Are we going to wink and nod and accept a new band of scalawags just because they have Rs next to their names, or are we going to stand up and demand MORE?

People of all walks of life in the Carolinas used to say they appreciated Senator Helms because they always knew where he stood.  Who can you say that about in regard to our current crop of “leaders”?

The real danger for the ruling class here is that — if the voters determine there really is not a dime’s difference between the blow-dried perpetual campaigners of each party — we may see a return to 1776 by frustrated citizens who want their country and their freedom back.