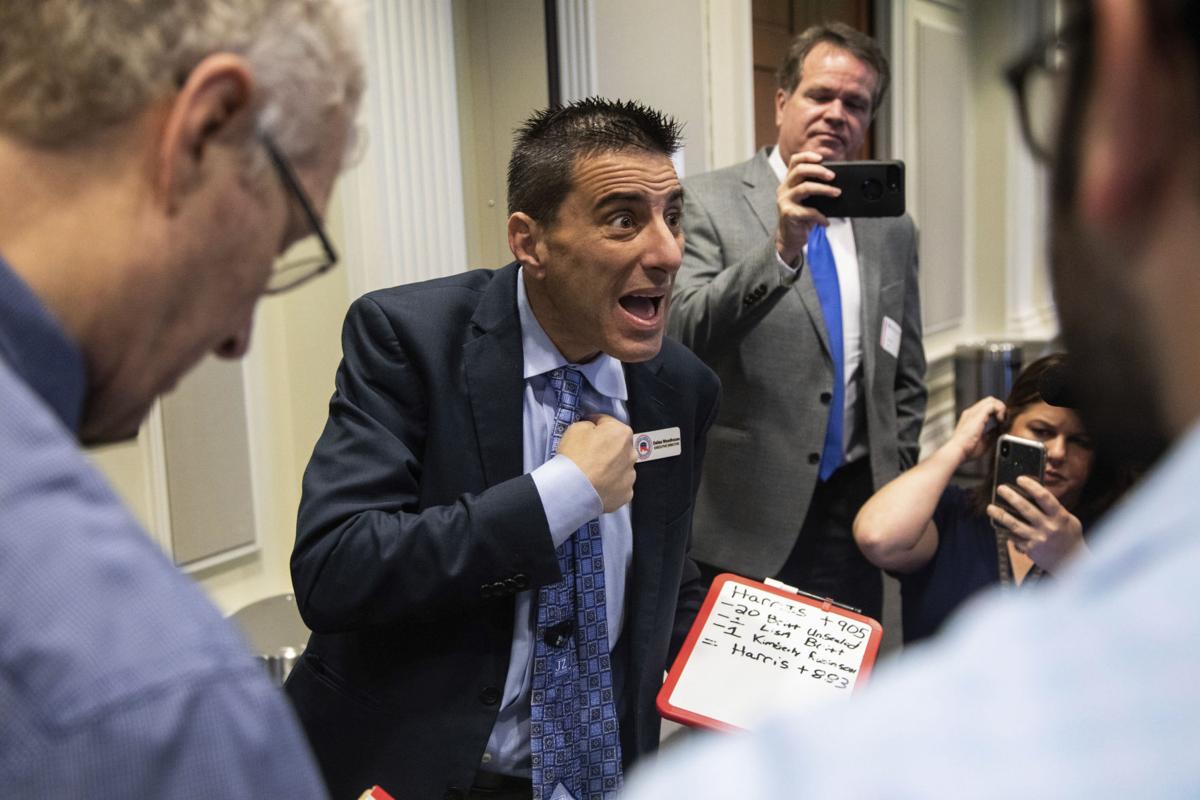 There were a lot of county GOP conventions today.  In the 3rd and 9th congressional districts, there were a higher number of candidates in attendance than at other county gatherings.  (*I’m told there are some sort of special elections coming up in both locales.*)

So, without further ado:

Attendance.    I’m hearing that the GOP grassroots is not exhibiting a lot of excitement this year.  Many counties that met today reported poorer-than-average attendance than previous years.  Over in the 9th district, Union County — arguably with one of the largest cohorts of Republican voters in the state (2nd largest in the 9th) — had attendance numbers that will easily be beat by counties around the state with much smaller GOP registration.  People are worn out, I am hearing.

Robin Hayes goes down, literally. We’re told the state chairman experienced a serious fall at his home convention in Cabarrus County.  EMS was alerted, but I’m told Hayes was able to drive himself home following the incident.  From a health perspective, we’re wishing him a speedy recovery and all the best.  Rockin’ Robin is going to need every ounce of strength he can get to withstand what Jim Womack is about to subject him to.

Ma Cotten smacked down in Chatham.   In a followup to a recent post, we’re told that Joyce Cotten’s Hayes & Woodhouse-blessed plan to take the Chatham County GOP chairmanship was rebuffed.   The plan, hatched at party HQ in Raleigh, was for Ma Cotten to seek the recently-vacated county chairman post and funnel some money given to that county party by Eli Global — currently being probed by the FBI and US DOJ — back to the NCGOP state coffers.  Cotten was smacked down officially when interim county chairman Terry Smith was convinced not to step down and to serve another full term.

In 2017, Jim Womack warned that reelecting Robin Hayes would mean electoral and financial disasters for the party in coming years.  He’s been  proven right.

In 2017,  Hayes told delegates Jim Womack did not have the “temperament” or “fundraising expertise” to be party chairman.

There’s a recently installed state party treasurer who has been repeatedly reprimanded and fined for his handling of finances for SMALLER organizations.  Hayes, himself, is reported to be featured on an FBI surveillance tape during a meeting with a contributor accused of — among other things — trying to unduly influence politicians with cash.

12 thoughts on “Convention News ! Get your hot-and-fresh convention news!”