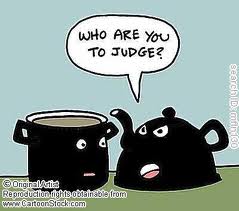 Civility for thee, but not for ME.

Rush Limbaugh has been beat about the head shoulders for more than a month now for “incivility,” in discussing comments by a leftist activist at a Democrat press conference on Capitol Hill.  Now, we have a Democrat elected official in Wake County directing vulgar comments toward a public official, and we’re getting yawns from the granolas and their media accomplices:

Wake County schools Superintendent Tony Tata and supporters say they’re offended by Democratic board member Susan Evans’ indirect use of vulgarity to refer to him, in what Evans says was meant as a joking email between friends.

The tiff shows that tensions can continue to flare up between Tata – appointed by the previous, Republican-majority board – and the new Democratic majority that swept into office last fall. The email was sent March 7, after a dispute in which Tata accused Evans and Christine Kushner of ethical violations for their links to the organization Great Schools in Wake. Tata apologized Feb. 24.

This week’s fuss arose from a jokey mass email called “Children Writing About the Ocean” sent to Evans and several others. Among maritime “facts” supposedly written by children was one that read, “A dolphin breaths through an a–hole on the top of its head.”

Using her personal email, Evans replied to the group, “I think TT may be a dolphin.”

On Friday, Evans said that the email, while not intended for mass consumption, was inappropriate. Evans said she apologized to Tata by phone Thursday night and that he had accepted. She said she sent the email at a time when she felt resentment over Tata’s accusations about her ethics.

“Since then, he and I have taken strides to improve our relationship,” Evans said.

Tata emphasized that his first concern is to provide the best educational experience for students and parents in Wake County.

But, he added, “I do think it’s unacceptable for a board member to use profanity to describe the superintendent. It’s not helpful, but I’m not losing sleep over it.”

Let’s see:  The granolas are still trying to ruin the life of a former John Locke Foundation blogger for posting a photo — of questionable taste — on her blog.  Rush Limbaugh is an entertainer.  This Evans woman is an elected official making decisions with tax money that affect the school children in Wake County.  This woman and her granola supporters have been trying their hardest to ruin Rush’s life — even after he apologized for his choice of words.  This woman is allowed to apologize, and everyone seems ready to MOVE ON.

Again — civility for thee, but not for ME.