While drivebys and Democrats in North Carolina have been 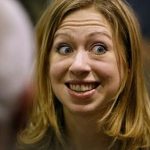 parsing the words of EVERY Mark Harris sermon, the daughter of the Left’s most-beloved, most-worshipped couple is out touting the economic benefits of killing babies:

No one can accuse the Clintons of failing to prioritize profit over ethics. Giving a gross demonstration of this familial trait, Chelsea Clinton applauded abortion by claiming that the Roe v. Wade decision has added three and a half trillion dollars to the economy. Pro-life people have been aware of this for a long time, but it’s nice, I guess, to see the other side admit, from their perspective, that there is a price point that justifies killing babies.

In a speech given at “Rise Up for Roe,” an event aimed at expressing feminist displeasure with the nomination of Brett Kavanaugh to the United States Supreme Court, the younger Clinton opined:

Whether you fundamentally care about reproductive rights and access right, because these are not the same thing, if you care about social justice or economic justice, agency – you have to care about this. 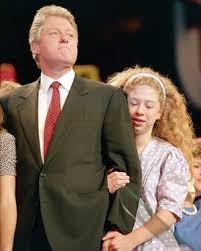 It is not a disconnected fact – to address this t-shirt of 1973 – that American women entering the labor force from 1973 to 2009 added three and a half trillion dollars to our economy. Right?

The net, new entrance of women – that is not disconnected from the fact that Roe became the law of the land in January of 1973.

So, I think, whatever it is that people say they care about, I think that you can connect to this issue.

Of course, I would hope that they would care about our equal rights and dignity to make our own choices – but, if that is not sufficiently 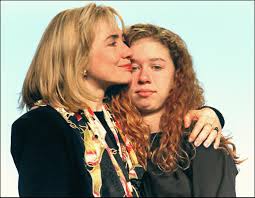 persuasive, hopefully, come some of these other arguments that you’ve expressed so beautifully, will be.

Setting aside the fact that she didn’t cite a source for that figure, Chelsea Clinton believes that if people can’t be convinced that it’s okay to murder babies by appealing to, you know, “dignity” and “choice,” an appeal to economics should do the trick.[…]

Hmm.  Dan McReady should have her come in and hit the campaign trail with him.  Abortion AND solar panels?  That’s a heck of a campaign platform for 2018 and 2020 and ….

[…] Fine. Stepping into the crassness of reducing life to economics, allow me to appeal to economics then, too. 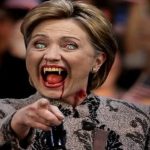 I wonder how much more stable our tottering Social Security system would be if the millions of babies murdered since 1973 (around 50 million) had been allowed to reach adulthood and enter the workforce. Not to mention the amount of value 50 million+ workers would’ve added to the economy. The taxes paid by that large of a group would add more than a few pennies to the Social Security coffers.

But, in the realm of ethics, economics exist to serve humans and not 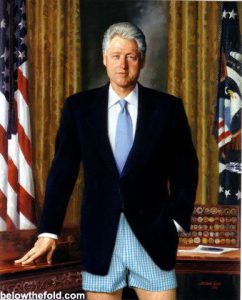 the other way around. No amount of money justifies killing a human life. The fact that Chelsea Clinton defends abortion by using dollar amounts reveals what truly motivates her. Like her more famous father and mother, Chelsea Clinton is giving evidence that money trumps morality.