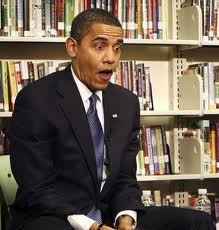 Republican presidential nominee candidate Herman Cain called for the Occupy Wall Street protestors to relocate to the White House, in remarks he made Friday at the Family Research Council’s annual Values Voter Summit, in Washington, D.C.

“When a reporter asked me the other day, well, what do you think about those demonstrations up on Wall Street, I said, first of all, Wall Street didn’t write these failed economic policies — the White House did,” said Cain.

He then added, “Why don’t you move the demonstrations to the White House?”

Cain also quoted the Declaration of Independence, stating that “it is the right of the people to alter and to abolish” the government.  “We’ve got some altering and abolishing to do!” he said.