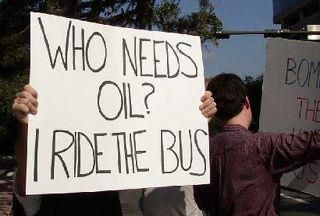 This is so — pardon the pun — rich.  The filthy hippies in New York City currently building up mountains of trash, defecating on police cars, and scaring tourists are being celebrated by The Moore County Democrat Party, and its chairman Jim Heim:

The government, which should be taking heroic measures to get the economy back on track, is paralyzed by an intransigent Republican Party in fear of its tea party base. Their sole objective is unseating the president, and the nation’s real problems take a back seat to that.

A small group of citizens, fed up at inaction in the face of these burgeoning problems, moved into a park on Wall Street a scant three weeks ago to begin a dialogue. Initially ignored by the media, this group is now enjoying wide coverage.

A bottom-up organization without formal leadership, this movement (known as “Occupy Wall Street,” or OWS) has inspired groups in every state to take up the cause and speak out about the inequities plaguing this nation.

As one might expect from such disparate groups, a bewildering array of opinions has emerged. But a few consistent themes have become clear, chief among them the idea that our system now favors the richest 1 percent of Americans at the expense of the other 99 percent.

The top 1 percent now owns 40 percent of the nation’s wealth and takes home nearly 25 percent of all income, a stunning increase. Forty-six million of us live in poverty and the middle class (long the bulwark of our economy) is shrinking.

It’s estimated that nearly a third of Americans being raised in the middle class will fall below it by the time they reach adulthood. We are raising a generation facing a worse future than the one before.

Standing squarely in the way of progress are our representatives of both parties in Congress. Beholden to corporations that give so generously to their campaigns, they are unwilling to do anything to upset that source of cash. Into this void comes OWS.

Unleashing the power of Americans to make their voices heard, the groups that make up this coalition are empowering all of us to restore our part in a government “of the people, by the people and for the people.” They are reminding those sent to represent us that it’s their responsibility to ensure the vitality of our economy. And they’re reminding them just who sent them there.

As the movement spreads, it’s instructive to see who fears it. At the top of the list are tea partiers who complain that the demonstrators are unruly.

That’s rich coming from a group famous for shouting down participants in town hall meetings to prevent discussions on health care, a topic of vital concern to all citizens. Increasingly unpopular among most Americans, the tea partiers are finding themselves and their unworkable ideas being ignored in the current debate.

It’s long past time to give up the tired slogans and catch-phrases that have substituted for real communication.

We claim to be one nation indivisible, but we haven’t been acting like it. We’ve allowed our differences to be used to divide us when the values we hold in common are much more important. We need to talk to each other again.

We’re told that government is the problem. It isn’t. Government is how we ensure a stable society. We’ve heard that the rich are “job creators.” They aren’t. Jobs are created in response to demand, but demand is weak. We hear that this president is raising taxes. He isn’t. He’s lowered taxes far more than his predecessor. We’re enjoying the lowest taxes since the Korean War.

And we’ve been pummeled with the message that our problem is the federal deficit. It isn’t. Our chief problem is a lack of jobs. Restoring full employment alone would erase a third of that deficit.

We cannot shrink our way to prosperity. We cannot run a vibrant economy on decaying roads and falling bridges. Eventually the rich will realize that it’s no fun to be surrounded by the poor and destitute.

Our representatives will continue to duck the important issues until we let them know who is truly in charge. The Occupy movement has already expanded into several cities and towns in North Carolina.

Look for it in Moore County. Take part, express yourself and help restore the American dream.

I KNEW they would try to compare this to The Tea Party.  This rabble in New York City has blocked traffic on — and shut down — The Brooklyn Bridge.  They’ve scuffled with police.  They’ve urinated and defecated on police cars. They’ve vandalized buildings and signs.  They’ve built up mountains of trash in public parks, and — according to the mayor of NYC — scaring off tourists and killing the city’s economy.  Oh, let’s not forget the preponderance of SEIU union thugs among the  ‘Occupy Wall Street’ crowds.  That certainly causes problems with the whole average-joe-frustrated-with-Washington PR spin.

The stuff Heim wrote about BarryO lowering taxes to their lowest level since the Korean War is JUST plain false.  There’s not much of a better way to describe it.

Has Mr. Heim thought about why demand is down?  It might have something to do with a president and his party screaming about lynching business owners and “the rich.”  It might have something to do with all of the talk about jacking up tax rates to “soak the rich.” What investor or business owner would dare step out there and take a risk with their money in this kind of environment?

Trying to tie the bank mess to the GOP and conservatives is a stretch.  Most of the home loan mess can be tied to Clinton administration -era regulations.  Most of the bank problems can be tied to legislation pounded through a Democrat-controlled Congress by Democrat Senator Chris Dodd of Connecticut and Democrat Rep. Barney Frank of Massachusetts.  Basically, you had politicians tinkering around with the free market, which works pretty well on its own, and a mess resulted.

Check out campaign finance reports and you will find that Wall Street bankers have been dumping money overwhelmingly in to the coffers of BarryO and his henchmen on The Hill.

Quite a bit of the hollering from the OWS crowd is about the massive debt heaped on people with student loans.  Federal government statistics show that the cost of college tuition has grown — skyrocketed — much higher and faster since 1980 than the cost of new homes, health care, and other life necessities.   It’s so much more fun for the media and Mr. Heim and his comrades to go after the capitalists in the finance and health care industries.

College tuition is set by the powers-that-be in academia — a significant special interest in the far left cadre currently gripping the national Democrat Party in a stranglehold.  Why not go holler at the folks on the campuses who keep jacking up the cost of college?  The bank is loaning you the money so you can obtain the services of the people on campus at the price they — the people on campus — set.

I’ve go to take my hat off  to presidential candidate Herman Cain, who is aggressively taking these people on:

Cain’s remarks, on CBS’ “Face the Nation,” came amidst an escalating war of words between Republicans and Democratsover the merits of the movement, which has spread from New York to other cities across the nation, including Washington and Los Angeles….

On CBS, Cain suggested that the rallies had been organized by labor unions to serve as a “distraction so that many people won’t focus on the failed policies of the Obama administration.”

The banking and financial services industries aren’t responsible for those policies, Cain said. “To protest Wall Street and the bankers is basically saying you’re anti-capitalism,” he said.

I heard one commentator describe the current situation as “George McGovern’s Revenge” — referencing the far-left 1972 Democrat nominee for president who suffered the worst defeat in history.  The  point of the commentator is that we are experiencing what life would have been like under President McGovern — thirty years later.

Ironically, McGovern bought a bed-and-breakfast in New Hampshire after leaving the Senate.  He was quoted in an interview some time later that his experience as a business owner helped him see how wrong-headed and harmful he and his colleagues in Washington had been.

Polls are showing that — the more coverage these nutjobs get — the worse BarryO’s numbers get.  All I can say to Heim and his comrades is — KEEP IT UP.