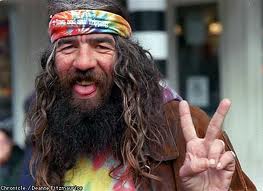 I though this was a joke when I first read it.  Stores all over America are selling candy shaped like marijuana leaves:

Candy shaped like marijuana that’s showing up on store shelves around the country won’t get kids high, but aghast city leaders and anti-drug activists say the product and grocers carrying it represent a new low.

“We’re already dealing with a high amount of drug abuse and drug activity and trying to raise children so they don’t think using illegal substances is acceptable,” said City Councilmember Darius Pridgen. “So to have a licensed store sell candy to kids that depicts an illegal substance is just ignorant and irresponsible.”

The “Pothead Ring Pots,” “Pothead Lollipops” and bagged candy are distributed to retail stores by the novelty supply company Kalan LP of the Philadelphia suburb of Lansdowne. It also wholesales online for $1 for a lollipop and $1.50 for a package of three rings.

Company president Andrew Kalan said the candy, on the market six to nine months and in 1,000 stores around the country, promotes the legalization of marijuana.

“It does pretty well,” he said.

An irate parent brought the candy to Pridgen’s attention, hoping the city could apply pressure and get it out of stores.

Pridgen and Councilmember Demone Smith displayed the candy, along with fake marijuana known as “K2” that’s also sold in some stores at Tuesday’s Common Council meeting, where Pridgen said he’d refuse to grant licenses to stores in his district that planned to sell the merchandise and would seek to embarrass stores that carry it. The synthetic marijuana is sold as incense but is smoked.

It appeared Pridgen’s message had gotten out by Thursday. A check of about a half-dozen stores in Buffalo, often in impoverished neighborhoods where real drugs are a festering problem, turned up none of the controversial candy.

The bags of “Pothead Sour Gummy Candy,” and lollipops shaped like marijuana leaves appear to be a recent addition to the inventory of some corner stores. The sour apple-flavored candy contains nothing illegal, but with its marijuana leaf, the word “Legalize” and a joint-smoking, peace sign-waving user on the packaging, critics say it’s not only in poor taste but an invitation to try the real thing.

“It’s the whole idea that it promotes drugs and the idea that, here, you’ll look cool if you use this – which is what gets these kids in trouble in the very first place,” said Jodie Altman, program supervisor at Renaissance House, a treatment center for drug- and alcohol-addicted youth.

Charmaine Rosendary, 36, of Buffalo shook her head when she saw a picture of the package.

“That’s not right. It’s just promoting marijuana,” she said while buying produce Friday at a Buffalo market. She said she wouldn’t allow her five teenagers, ages 15-19, to have it.

“I would not buy it or give them money to buy it,” she said. “It looks like weed.”

Seriously?  I am an ardent capitalist, but this defies all common sense and indicates questionable judgement.  From looking at the photo accompanying this story, the product is clearly marketed to kids.

Instead of targeting the nation’s kids, the candy company should refocus on a promising new target: the filthy stoner morons participating in this ‘Occupy Wall Street’ nonsense. I am sure they are frequently in need of something to cure their ‘munchies.’

One thought on “Candy shaped like cannabis leaf: Just in time for those hungry OWS hippies”