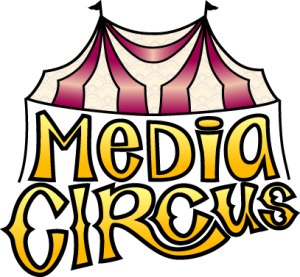 Fasten your seat belts, folks! We’ve got one heck of an action-packed post here.

Jay Parmley, the former executive director of the NC Democratic Party who helped bring discussions of mano y mano  ‘crotch-punching’ to the state’s  local papers and newscasts, is getting an up-close-and-personal look at the economic situation he and his allies helped create.  The Employment Security Commission has reversed its decision to deny Parmley unemployment benefits.  The state agency had denied the former Democrat party boss $522 in weekly benefits because he had “resigned” his job.  A hearing into the matter determined that his resignation was “forced,” and basically a termination.

Meanwhile, in the race for governor, the Dalton campaign and current Charlotte mayor Anthony Foxx are lamenting GOP nominee Pat McCrory’s departure from his “progressive” past:

“North Carolina is one of the fastest growing states in the nation and maintaining our status as the best place in the country to live, work, and raise a family requires comprehensive planning,” said Lt. Governor Dalton. “As former mayor of Charlotte, no one should understand this more clearly than Pat McCrory. Unfortunately, through his disavowal of smart growth Candidate McCrory has embraced extreme ideological positions and abandoned common sense approaches that lead to responsible growth and economic development.”

[…] “If there were ever a Republican considered ‘progressive’ on smart growth, it was Pat McCrory as Mayor of Charlotte,” said Charlotte Mayor Foxx. “He pushed for higher taxes to support transit and policies that encouraged dense, urban development. If he’s pulling away his support of progressive growth policies, it’s against the grain of what Charlotte has been doing, even under his tenure as Mayor. Frankly, I’m disappointed that the guy who used to brag about standing up to his own party now seems to be pandering.” […]

Now, let’s compare and contrast THAT with what Martin O’Malley, governor of Maryland and head of the Democrat Governors Association, said this week about Mayor Pat:

[…] O’Malley, who served as mayor of Baltimore, said he knows McCrory from serving with him on the U.S. Conference of Mayors. He said in a largely nonpartisan organization, McCrory was “the lone ideologue. You could always count on Pat to come in and flak for whatever bad policies the Bush administration was pushing that would undermine the cities.” […]

So, one end of the Democrat campaign is calling Mayor Pat a close progressive, while the other is calling him an extreme hard-line right-winger.  Both spins CAN’T be right.  It’s one OR the other.  (For what it’s worth, my conservative pals in the Charlotte area tell me Foxx’s take on McCrory is spot-on. )

A federal judge’s decision has Thom Tillis and the gang at NCGOP breathing a little easier heading into the November vote.  It had been rumored that Tillis ally and former legislator Stephen LaRoque would be going on trial in October.  GOPers had been fearing a campaign dominated by subpoenas for Jones Street Republicans and negative, embarrassing courtroom testimony.  Thanks to a judge’s decision this week, the LaRoque matter will have to wait until February.

The national and and state media are abuzz with reports about an alleged “firestorm” over comments Mitt Romney made on tape at a fundraiser.  The Mittster basically said there is a significant chunk of the population that is hopelessly dependent on government and will mindlessly follow Obama and his party as long as they keep the checks coming.  And WHAT, pray tell, is so shocking about that? Sounds right on the money to me.  The media and their Democrat buddies are mad because Romney has basically pointed out the elephant in the room. Good for him.

At least one state media outlet has found that North Carolina voters don’t appear to be buying into the “outrage” the Democrats and national media are trying to gin up.

The national media is killing itself trying to get all kinds of GOP candidates to denounce Romney’s remarks.  I won’t hold my breath waiting for the media to hold Democrat candidates accountable for ol’ Barry’s taped comments revealing his enthusiastic support for “redistribution of wealth.”

Romney’s comments — made in a situation he thought was private and candid — offer some comfort to conservatives who had been feeling a little nauseous about the idea of voting for him.   The Obama tape confirms the worst fears most thinking people in this country had about Obama, and should hammer home the importance of evicting the man from 1600 Penn on November 6.