Steve Bannon has a point.

In 2012, Democrats in North Carolina didn’t sit around and study their belly buttons philosophically.  They cranked up their BluePrintNC smear machine and went after the new GOP regime in Raleigh mercilessly.  You had their driveby media hacks pounding from one side.  You had the Moral Monday marches pounding from another.  The left doesn’t sleep. They don’t quit.  They don’t play nice.  They keep scratching and clawing until all of their enemies are vanquished and they have what they want.  Many of them wage this war on our culture and all we hold dear while being subsidized by US.

George W. Bush kept a lot of Clinton appointees in place when he took office in 2001.  Look what good that did him.  The Democrats packed the state bureaucracy before Bev hit the road in 2012.  Team McCrory did little to fumigate the place.  And it hurt him.  A lot of damage was done from within.

Despite the never-ending Greek chorus chanting “Bigot, racist, homophobe, misogynist”, there is still a fantastic opportunity to reverse the damage these people have done to our culture, our economy, and our public education system. 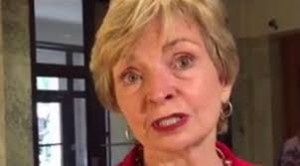 June Atkinson, the actual Oldest Living Confederate Widow — a facelift with two legs — has dominated our public school system for decades. She ended up losing this go-around to someone half her age.  And just feel the graciousness oozing out of her pores:

[…] “It’s really hard for me to figure out what I want to say to him, because I don’t know where to start. I mean, he has taught two years. He’s never run an organization that has almost 900 people. He has never traveled to the 100 counties. He doesn’t have a background,” she said. “So, it’s like, how do I teach or how do I help a person who is an infant in public education to become an adult overnight to be able to help public education in this state?” […]

First of all, it’s outrageous that she HAS 900 people to “manage.”  Second of all, it’s a stretch to suggest that North Carolina public schools have been managed well EVER.  Mama June and a lot of the edu-crats have been living like those Japanese soldiers who held out on those islands and didn’t want to believe the war was over.  They’re going to keep doing the same thing over and over again — even if it’s clear THAT ain’t working. 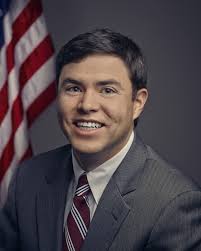 Mark Johnson has been serving on a school board for a large school system here in the state.  He’s also taught in the classroom.  (If I recall correctly, I think he’s a parent.)  So, it seems — including his own tenure as a student in North Carolina schools — he’s viewed the problem from all of the angles.

I met him during the primary campaign and wasn’t all that impressed.  He was preaching something that sounded way too close to Common Core to me.  Folks I trust tell me that during the general election campaign he did a good job of backing away from Common Core.  So, I am willing to give him the benefit of the doubt.

Gosh know, we need to try something different.  Johnson IS stepping into a godawful mess that took decades to build up.  Hopefully, he will learn from Bush and McCrory and substantially clean house.  Surround himself with like-minded folks who put actually educating the kids way ahead of political indoctrination and labor union nourishment.

8 thoughts on “Bannon IS right. Politics IS war. (Stop bringing knives to a gunfight.)”