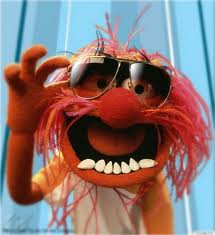 I know we call ourselves “daily,” but we’re only human. Sometimes we need to stop and smell the roses.  The staff and I did just that for the Memorial Day weekend.  Got away from the phone and the Internet.  Got a lot of peace & quiet, mixed in with some sunshine and fresh air and a healthy dose of celebrating so many American heroes past and present.

I am flattered by all of the hysterical emails we got from folks worried about the site being down — or us being “primaried” by Thom Tillis — because there had been no editorial activity since Friday.  Rest easy.  WE’RE BACK.

Well, we’ve recharged our batteries, and are ready to get back to mixing it up with the stupid mainstream media and the politicians doing so much to ruin our state and country.

Let’s do a little recap of some of the,um, highlights from  the past few days:

Threats to democracy.   Yep, McClatchy’s “Brown-nose” Rob, The Duke of Crayola, is moaning about some things he sees as threats to democracy —  mostly stuff being pushed by Republicans.  He forgot to list what really is the most serious threat to democracy:  a sycophant mainstream media taking dictation for the big government-loving political ruling class.

Want to add Showtime to your cable package?  Call the Speaker’s office.     We got a serious letter from the honorable Mr. Brawley suggesting that House speaker Thom Tillis admitted to a “business relationship” with Time Warner Cable.   Brawley’s letter also raised allegations that Theam Tillis pushed through legislation on bail bondsmen that directly benefited two of the speaker’s legislative allies.  Instead of demanding a specific response on this stuff, the stupid media has decided to focus on the personal relationships between Brawley AND his fellow House members.  Never mind the possibility that the power of state government MIGHT be getting sold to the, um, “highest bidder.”

State House going wobbly on common core AND Racial Justice Act repeal.  One of the real –overlooked — nuggets from state Rep. Larry Pittman’s now-famous on-camera exposé of the House’s inner workings was his aside about the “woman” chairing  the House Education Committee being very impressed with the controversial common core curriculum.  THAT WOMAN is state Rep. Linda Johnson (R).  She was appointed to her chairmanship by Speaker Thom.  You would expect that Speaker Thom would ensure that his committee chairmen all think like him on the issues.

Now, it appears that the House is not showing half of the spine the Senate did on The Racial Justice Act.  Coverage of the House Committee debate on the RJA repeal was dominated by the Democrats.  Thom Tillis and his leadership team were conspicuously silent and absent on the matter.   (It’s kind of like how Tillis stood silently in the background while Robin Hayes berated the NCGOP delegates at the 2012 National Convention in Tampa.  Watch the video.)  RJA opponent Al Lowry was not allowed by the GOP committee leaders to speak during the hearing.  Al’s brother Ed was a state trooper who was murdered in the line of duty in 1997. One of the two scumbags who did it got his death sentence thrown out — thanks to the RJA.    Repealing this travesty is a no-brainer.  Its very existence on the books cheapens human life and does terrible injustice to murder victims’ families.

But — hey — look on the bright side.  Speaker Thom’s friends have set up a super PAC to start raising and spending money for his US Senate run.  The effort is being chaired by Champ Mitchell — a lawyer who happens to be the brother of former state Supreme Court chief justice (and Democrat) Burley Mitchell.  Are you as excited as we are ???

One thought on “Back from vay-cay: Tanned, rested and ready to rumble!”