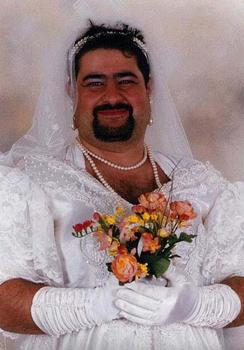 Well, the US Supreme Court has stripped key provisions out of the federal Defense of Marriage Act — which kept the feds from paying benefits to “married” gay couples.  The argument was made that it violated the equal protection clause —  applying the law the same to everyone.

Leftists in North Carolina have now seen an opening for repealing the marriage amendment to the North Carolina constitution, which passed overwhelmingly in May 2012.

The Supreme Court also threw California’s Proposition 8 — a voter approved measure to ban gay marriage in the state — under the bus.  The state’s Democrat governor and Democrat attorney general refused to defend the voter-approved measure before the court.

You KNOW there are lefty lawyers out there — probably even some repping the Moral Monday rabble — preparing challenges to Amendment One, thanks to the inspiration provided by The Supreme Court.

A real question for North Carolina voters is:  Will NC Attorney General Roy Cooper do his job and defend the will of the people in court?  Cooper has had it pretty easy in recent years.  He’s managed to lay low and avoid controversy — jumping in front of the cameras, and on the bandwagon, after the feds are well underway with some investigation.  The NCGOP took a pass on challenging Cooper in 2012 — a landslide year for our state’s Republicans.

Cooper is the highest ranking Democrat in state government.  If he dares to step forward and defend Amendment One in court, he risks angering his party’s base and jeopardizing his future political ambitions (governor, US senator).   If he doesn’t defend Amendment One in court, he basically paints a bulls-eye on his forehead — creating ammo (failing to perform constitutional duties)  for future political opponents and a vulnerability to the wrath of religious conservatives in both parties.

Another interesting question:  Will Republican governor Pat McCrory support a defense of Amendment One?  His country-club RINO buddies in Charlotte (i.e., Richard Vinroot, Ed Peacock) openly campaigned against it.  During the campaign, all Pat would say is that he’d vote for Amendment One.  He didn’t exactly break his neck campaigning for it.

Buckle up, folks.  The rabble raising cain (and getting zip-tied) at the legislative building sure wouldn’t mind using lawyers to thwart the will of an overwhelming majority of voters.

2 thoughts on “After Supreme Court rulings, all eyes are on Roy Cooper and Amendment One”