The other day, our pal Dallas was advising that we all take a look at the state party’s filings with the Federal Elections Commission (FEC).  So, some of us did.

Grandpa and his plane. The use of party funds to pay for Robin Hayes’s travels on his private airplane became an issue during the last chairman’s race.  Well. it appears to not only be continuing but accelerating. 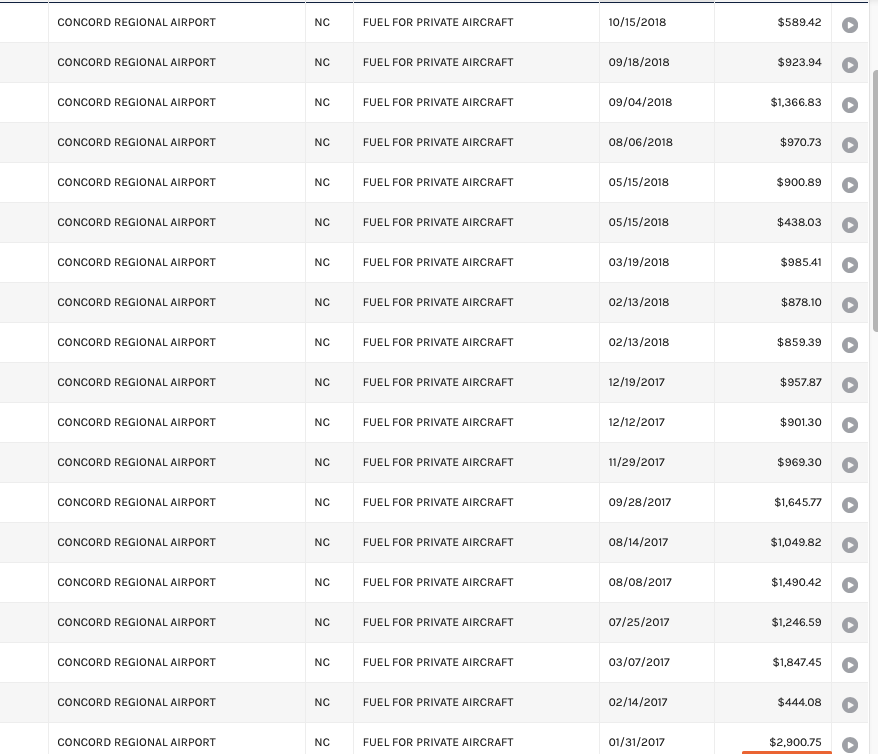 That’s pretty much MONTHLY fill-ups there. On top of those payments, Hayes has also been taking reimbursements for “mileage” and other expenses:

It doesn’t appear that Hayes is doing much driving for the party — given all of those plane fuel gas-ups. Is he getting paid mileage for travel on the plane AND getting his jet fuel paid for?

It’s also a lot of reimbursement and payment for a guy who has been  pretty much invisible since June — when  he got caught basically telling donors to break the law.

Also according to the FEC filing, Catherine Whiteford is on the NCGOP payroll.  Between May and November she was also a candidate for NC House.  (She lost.)

During campaign season, she was drawing a salary AND expenses from the state GOP. 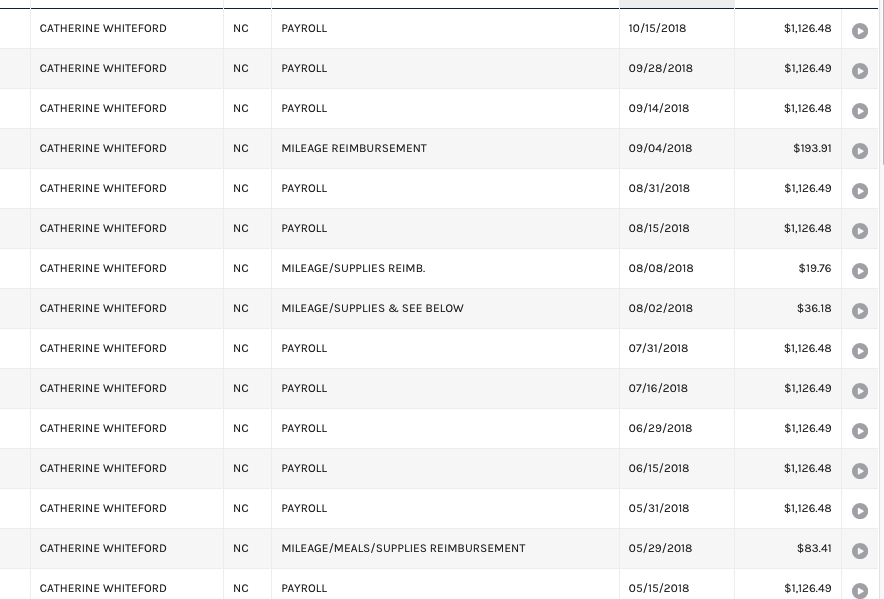 So, was the NCGOP subsidizing the very existence of a candidate in a long-shot race to the detriment of other candidates — like, oh, the four judicial candidates — who needed all kinds of extra help to win much more crucial races? Were any of those expenses that were reimbursed actually related to campaigning?